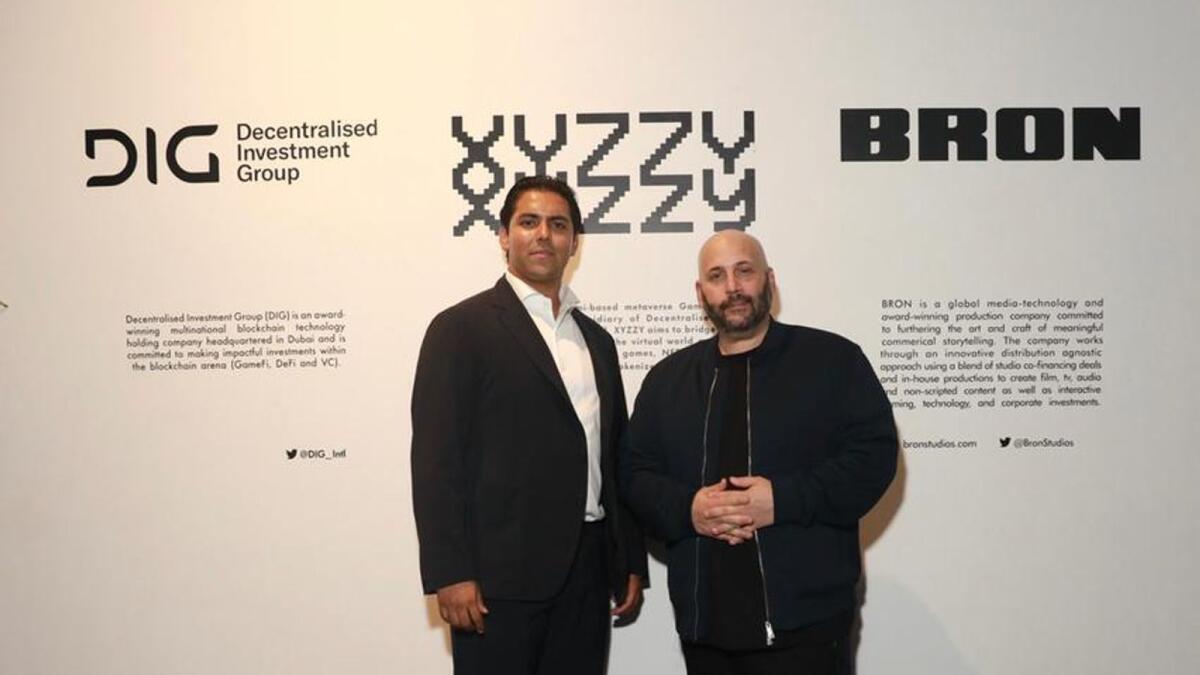 The Decentralised Investment Group (DIG) of Dubai has announced that it has signed on as a digital and Web3 advisor to BRON Studios, a worldwide, critically acclaimed media and entertainment company.

DIG, a multinational global conglomerate disrupting the world of blockchain and crypto and revolutionising how we will interact in the metaverse, revealed its foray into Hollywood at the recent NYC.NFT Week 2022. DIG and its GameFi subsidiary, XYZZY, will be creating a 10,000 piece NFT collection to accompany BRON’s newest release, an eight-episode animated movie series called ‘Gossamer’, which is based on a novel by author Lois Lowry.

The voice cast of the series will be led by Academy Award winner Forest Whitaker, Thomasin McKenzie, Vera Farmiga, Richard E. Grant, Wilmer Valderrama, Alanna Masterson, and Courtney Rosemont. XYZZY’s collection of NFTs will be of the series’ characters, voiced by these Hollywood stars. XYZZY will also create a play-to-earn massively multiplayer online role-playing game (MMORPG) based on the show, making it the first series to be coming to TV and Web3 simultaneously.

“This is going to herald the futurization of film and television, and we will be reinventing how audiences engage with content in the filmmaking world,” said DIG chief executive officer, Haydn Snape. “This is a new era for Hollywood, and we will be developing new financial architecture and interfaces born out of Web3 thinking, which include innovations like tokens, gamification, metaverse compatibility and the like.”

Officials noted that within two hours, the free Gossamer Seed collection of 10,000 NFTs had sold out, indicating a fully subscribed whitelist, with a trading volume of $100,000, making the actual Gossamer 10,000 NFT collection already a highly anticipated commodity. Furthermore, the Gossamer NFT community on social media has exhibited the most activity by far, growing by 3,450,000 per cent since its start. It hit number one on OpenSea charts, surpassing blockbuster NFT collections like CryptoPunks and Bored Apes Yacht Club, and made $1 million in trading in just 24 hours.

“NFTs are going to revolutionise the movie business, and we are the ones best suited to help make that happen,” said Snape.

Web3 has never had a chance to intersect with mainstream media quite like this, and DIG’s XYZZY, specialists in building blockchain games, NFT digital assets and tokenized ownership, are the ones best suited to build on their expertise in the field to create the first Hollywood centric NFT collection.

DIG has already made a name for itself as a pioneer in the field, powering the future of Web3 with revolutionary companies in NFTs, gaming, and DeFi, and becoming the first UAE-based company to create a bridge between blockchain technology and the world of film-making and entertainment. DIG’s projects have raised over $20 million in private capital, and their projects have cumulative returns of over 5,000 per cent. Now, they are opening up a new market for the movie business and bringing in new means of content distribution and consumption.