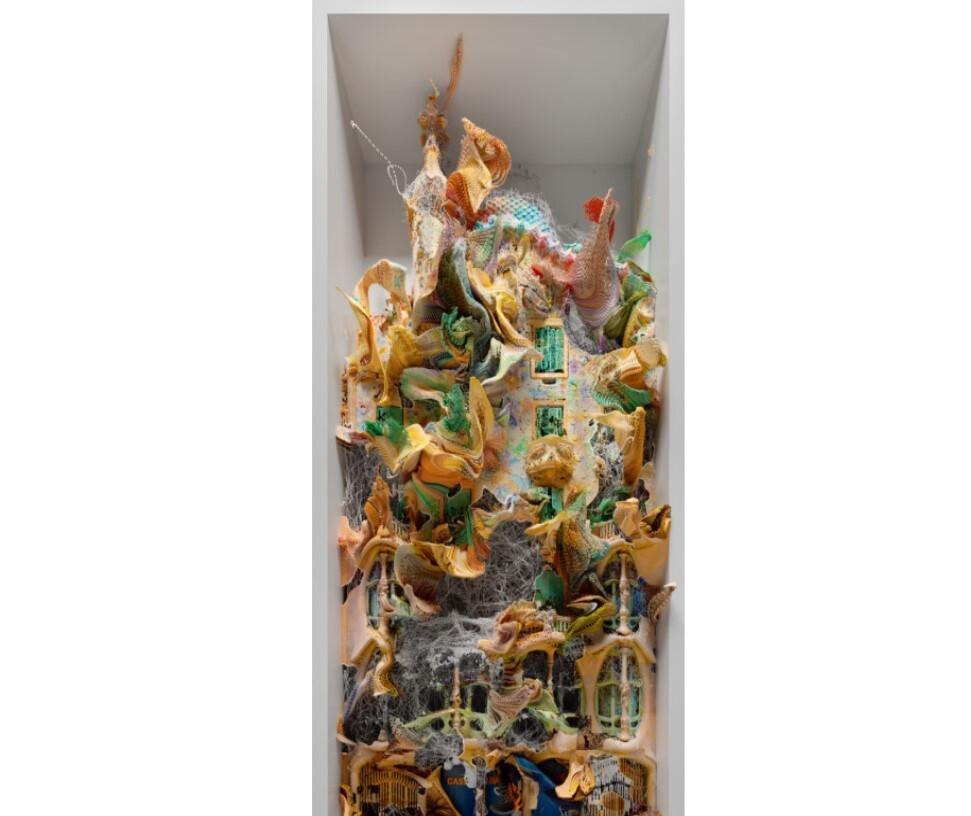 “The artwork will literally live on by using real-time collected climate data from Barcelona. It will be the only NFT Christie’s will be offering as part of its Spring Marquee Week evening auctions. During this five-day event, works by Monet, Picasso, Warhol, Basquiat, Banksy, O’Keeffe and Van Gogh will also be auctioned. It is a great honor that my work will be put up for auction with these giant names,” Anadol said, sharing his excitement on his social media account.

“Casa Batlló: Living Architecture” is the first UNESCO World Heritage Site to take the form of live (constantly changing) NFT (using climate data from the city collected in real-time and showing ephemeris being celebrated on the Casa Batlló façade).

It made its debut publicly at Christie’s New York galleries during the 20th / 21st Century Marquee Week preview exhibition on April 30, as well as an unprecedented installation at Rockefeller Plaza and via mapping projection on Casa Batlló’s façade in Barcelona on May 7.

Exactly one year ago, Casa Batlló launched its new immersive, award-winning tour of Gaudí’s masterpiece, conceived as a journey – with an exclusive soundtrack, audio story, installations and digital rooms – redefining the museum experience and connecting to new and younger audiences worldwide.

For the museum tour’s grand finale, Casa Batlló commissioned Anadol for the piece “In the Mind of Gaudí” to be performed in the world’s first six-walls LED cube room, a 360-experience through AI and visual sculpting inside a six-screen space set up at the building’s basement, to instant acclaim. “Casa Batlló: Living Architecture” will bring this Gaudí façade both to the forefront in our cultural collective memory as well as establish its place in the digital space in this historic sale.

Gary Gautier, Casa Batlló’s manager, said: “Casa Batlló’s mission is to amplify Gaudí’s magic, and Refik Anadol is the perfect fellow traveler for this journey. His work resides between art and technology, expands the possibilities of architecture and brings a new outlook beyond space and time. He connects past, present and future, reminding us of the innovative, humanist and visionary Gaudí.”