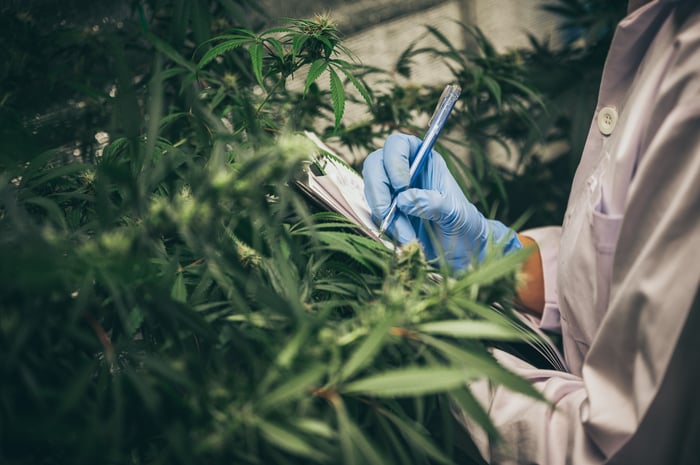 It wasn’t a great month for cannabis stocks as the EFTMG Alternative Harvest Cannabis ETF was down more than 8% in that period, but Sundial had problems on top of that. It wasn’t just one thing that drove the company’s stock steadily downward, but a series of problems.

The first came when the company postponed its 2021 annual report not once, but twice. On March 28, the company said it wouldn’t be able to meet the scheduled filing date of March 31 for the report, pushing it back to April 14, citing difficulties in getting its audit prepared.

For that, the Alberta Securities Commission slapped the company with a management cease-trade order (MCTO) on April 1, restricting CEO Zachary George and chief financial officer Jim Keough from trading in any Sundial securities until the MCTO had been lifted. On April 13, the company pushed back the report further, saying it would be released later than April 29. On April 27, the annual report finally came out, and the news wasn’t all that encouraging.

One other concern investors might have is the company’s focus. It not only sells cannabis, but it also has a segment, SunStream Bancorp, that acts as a cannabis investment banking arm. And the company has stakes in pot grower Village Farms International and marijuana derivatives producer The Valens Company that aren’t paying off yet. In the fourth quarter, Sundial said it lost CA18.8 million from its investments.

Investors will likely stay wary of Sundial until the company sees a couple of quarters of growth in revenue and net income. The stock is down more than 43% over the past year. The key for investors will be how its recently completed CA$320 million purchase of Alcanna works out.

Alcanna is Canada’s biggest alcohol retailer with 171 stores, and has a majority stake in Nova Cannabis, which has 68 retail locations in the provinces of Alberta, Saskatchewan, and Ontario, so the deal, completed on March 31, has the potential for synergy. The purchase gives Sundial the most retail outlets of any Canadian cannabis company at 180.