It’s a popular misconception in the investing world that you need a bucketload of money to enter the stock market. In fact, long-term investors can start with just $1,000 and the right growth stocks. Growth stocks need time to show their full potential. But with a little bit of patience, even a small investment can turn into a fortune.

Three such growth stocks I believe have tremendous potential are biotech  Exelixis (EXEL -0.35%), visual-based social media site Pinterest (PINS 1.04%), and cannabis producer Curaleaf Holdings (CURLF -1.86%). If you have $1,000 left after paying all your bills and is not needed for at least several years, these three stocks would be good ones to buy now and hold for the long haul. 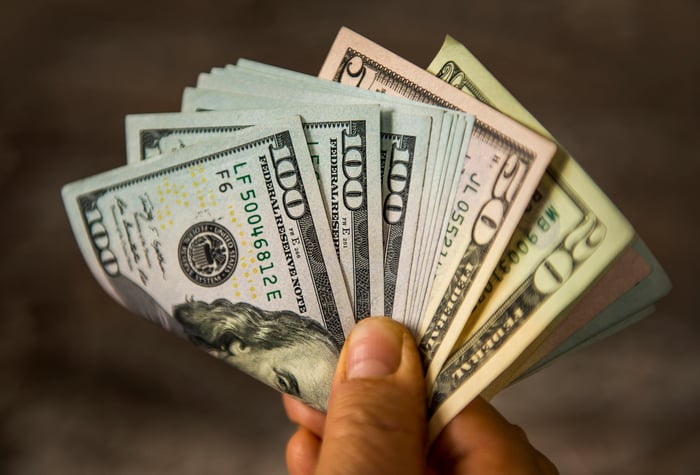 This visual-based tech platform has been shining ever since the pandemic began. Demand for Pinterest’s image-browsing service increased during lockdowns.

Now that COVID-19 restrictions have eased, investors are skeptical that Pinterest could continue to thrive. But it’s trying its best with innovative techniques to draw in more engagement from users (which it calls “Pinners”) and bring in advertisers, evident in its first-quarter results announced on April 27. Despite a dip in the number of global monthly active users (MAUs), which fell 9% year over year to 433 million, the company saw revenue growth in the quarter.

MAUs in the U.S. and Canada were the hardest-hit, down 13%, while in Europe the number was down 12% from the year-ago quarter. Pinterest’s global average revenue per user (ARPU) surged both in the U.S. and internationally, with total growth of 28% year over year to $1.33 per user. Total revenue came in at $575 million for the quarter, for year-over-year growth of 18%.

Management says that key strategies for 2022 “are anchored in creator-led and inspirational content, shopping, [and] Pinner experience,” which will require more investments. It also expects to expand its research and development (R&D) and its sales and marketing teams.

The consensus of analysts sees an upside of 49% for Pinterest’s stock in the next 12 months.

This California-based biotech company is a strong growth stock with a bright future. The star of this oncology-based drugmaker is Cabometyx (cabozantinib), which is used to treat advanced renal cell carcinoma (RCC), among other cancers; it’s also used in combination with Bristol-Myers Squibb‘s drug Opdivo (nivolumab) to treat patients with advanced RCC who haven’t received any prior treatment for the disease.

Cabometyx helped the company earn around $1.4 billion in net revenue for 2021; the drug alone brought in $1 billion for the year. Another formulation of cabozantinib, Cometriq, used for the treatment of thyroid cancer, also contributed around $23.2 million in 2021. Exelixis reported an adjusted net profit of $324 million for the year.

Management believes its “exciting, diverse portfolio” of “four clinical compounds and more than 10 discovery programs” will improve cancer treatments. For 2022, the company expects revenue to be in the range of $1.5 billion to $1.6 billion. Exelixis is set to report its first-quarter results on May 10, which should reveal more about the progress of its pipeline.

A good thing about healthcare stocks is that they’re highly defensive. No matter how the U.S. economy is performing, people will still become ill, and demand for healthcare facilities and drugs will continue, thereby driving revenue for companies in the sector. Analysts see an upside of 19% for Exelixis’ stock in the next 12 months.

Cannabis stocks might be underappreciated at the moment because of market pessimism about cannabis reforms. But given a little patience, these exciting stocks can bring strong returns over the long term. Even in a limited legal market in the U.S., where the drug is illegal at the federal level, Massachusetts-based cannabis grower Curaleaf has generated close to $1.2 billion in revenue over the last 12 months.

Its numerous, strategically planned, and timely acquisitions over the past two years have helped the company grow. The company isn’t profitable yet, but has been working hard to improve its adjusted earnings before interest, tax, depreciation, and amortization (EBITDA); 2021 saw EBITDA jump 107% year over year to $298 million.

The company is on an expansion spree. On April 29, Curaleaf opened two new dispensaries in Florida, bringing its total to 47 in the state and 130 nationwide. Florida hasn’t yet legalized recreational marijuana — so these are just for medical purposes right now — but having such a wide market presence will be useful for Curaleaf once it does. Analysts see a huge upside of 154% for the company’s stock in the next 12 months.

Curaleaf will report its first-quarter results on May 9. We’ll know more of its plans for this year then.