HEXO has had its spate of operating difficulties over the recent past, but nothing company-specific today. Likely, each stock fell as investors gravitated away from “risky” assets and growth stocks. A catalyst for cannabis reform remains nowhere to be found, with Senator Chuck Schumer recently pushing back the time line for the introduction of his cannabis reform bill. His chief counsel Reginald Babin gave very vague answers as to the path forward for reform at a cannabis event late last week, which likely wasn’t helping matters today.

At an event held for the Council for Federal Cannabis Regulation (CFCR), Babin told the crowd, “There is a bit more work to be done in terms of figuring out where the sweet spot is at least in the Senate in terms of what we can do this year.”

Unfortunately, this seems like more delays for legislation, which cannabis reform activists and investors had hoped would have been implemented by now. While the House of Representatives has passed cannabis legislation several times, the path to legalization remains stuck in the Senate. This is because Majority Leader Schumer, who is writing the Cannabis Administration and Opportunity Act (CAOA) reform bill with Senators Cory Booker and Ron Wyden, has intended to bring forth a full legalization bill. However, that bill may be too ambitious to get a filibuster-proof majority.

While a vast majority of Americans and many Republicans are on board with reform and legalization, it appears many from the Republican side prefer a more incremental approach, such as passing the SAFE Banking Act. That act would stop short of federal legalization but would allow cannabis companies to work with national banks without having those banks and payments companies worried about legal issues. That would help cannabis companies take more digital payments and not have to deal in cash. It would also likely lead to better financing terms.

Babin declined to give any more details at the event, and it appears the Senate leadership is still uncertain as to whether it can get the full legalization bill passed, as Schumer desires, or whether it will settle for more incremental approaches. Babin elaborated in an oh-so-unsatisfying way:

It’s too early to tell what the outcome is going to be given all the myriad factors that are going to come into play from now until whenever that bill hopefully is reported out of conference and voted on in the Senate. 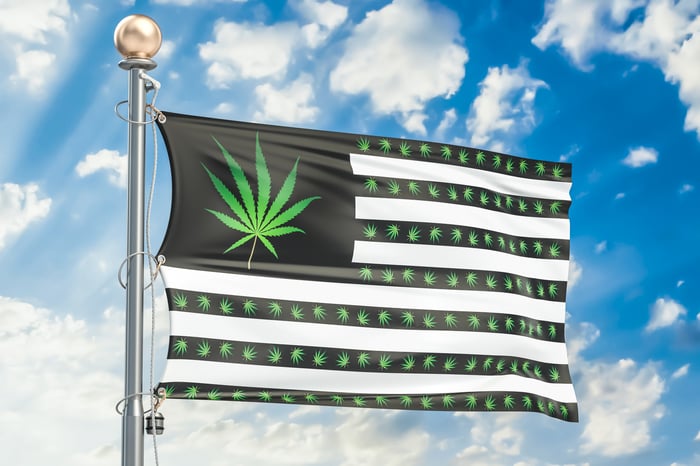 Cannabis investors have been frustrated with the pace of reform 14 months after Democrats took control of both the House and Senate. Without meaningful reform, cannabis companies in the U.S. will have to pay extremely high interest and tax rates, and have to deal mostly in cash. This prevents the vast majority of U.S. operators from producing generally accepted accounting principles (GAAP) profits and cash flow, even though many U.S. operators generate significant adjusted earnings before interest, taxes, depreciation and amortization (EBITDA) margins. With interest rates on the rise and inflation concerns, investors are likely losing patience with legislation delays and are seeking safer stocks with lower price-to-earnings (P/E) ratios that pay out dividends and share repurchases.

Meanwhile HEXO’s problems in Canada are likely souring investors on the space even more. HEXO has found it difficult to make profits in Canada, where cannabis is actually legal, due to oversupply and competition in the market. HEXO is growing, but it still is losing money on the bottom line and recently had to restructure some debt in order to avoid a default. The troubles have led to massive asset impairment charges, plant closings, job cuts, and both its CEO and CFO stepping down last week.

While the U.S.-based companies operating in limited license states appear to be in much better financial condition, the problems with Canadian companies up north likely aren’t helping investor sentiment either.

Overall, this looks to be a challenging macroeconomic period for cannabis companies, which are seeing decelerating growth coming out of the pandemic and a market that is focused on profits rather than growth potential. While that growth potential for the industry is enticing, especially in the U.S., the near term may remain challenging for these companies and stocks.