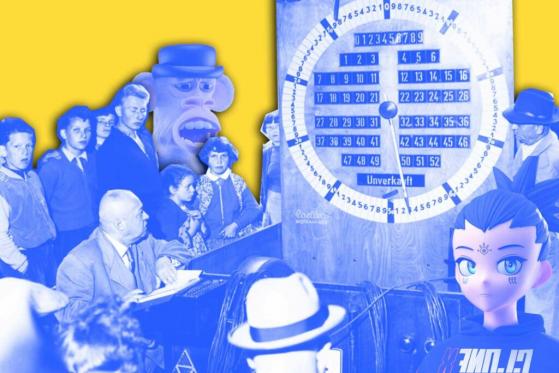 Understanding the Dutch Auction and Its Implementation in the NFT Market

The NFT space is unarguably one of the fastest-growing in the decentralized economy, and this is evidenced by the tremendous successes recorded since breaking into the mainstream over the past few years.

Notably, the first NFT experimentation was recorded around in 2014 when Kevin McCoy reportedly minted the first NFT token – “Quantum (NASDAQ:).” However, the rapidly-emerging NFT market was largely overlooked and only truly started gaining prominence in 2017. Ever since, we have watched the market revolutionalize to become what it is today.

The auction process, for instance, is a major aspect of the NFT market that has undergone a series of dynamic adaptations in recent years.

For instance, while the earliest NFT marketplaces adopted the conventional, or classic auction method as it is largely known, modern marketplaces like GhostMarket are exploring additional mechanisms including “Fixed,” “Dutch,” and “Reverse” auction mechanisms.

Of these, the Dutch auction mechanism appears to provide more flexibility and dynamism to the existing NFT market, and will thus be the focus of this article going forward. But before that, let’s quickly go back in time and see how the act of auctioning was invented and practised.

The History of Auctioning

The origin of the auction dates back to 500 BC, and was a prominent practice in ancient Greece. At the time, marrying a woman was done through auctions, implying that suitors had to place bids; hence, whoever was able to place the highest bid got to marry the woman.

At the time, it was illegal for a woman to get married without first going through the auction process which, on the other hand, was considered a legitimate marriage right.

As for the process, the earliest auctioneer often started the sale with the woman that was considered to be the most beautiful, asking participants to place their bids until all women present were taken. And so, this officially marked the beginning of the classic auction process as we have it today.

In the modern day, the auctioning process has significantly evolved, leading to the three new additions as mentioned earlier – Fixed, Dutch and Reverse.

In a typical auction scenario, the seller is required to set a floor/minimum price for a valuable item, while collectors place bids higher than the item’s given floor price. The session often ends with the highest bidder securing the slot to purchase the valuable item without any form of contention from other potential buyers.

A Dutch Auction, on the other hand, is the direct opposite of the previously described traditional auction approach. In the case of a Dutch Auction, it is a form of reverse bidding in which the price of an item is reduced until it receives a bid.

Here, the seller essentially plays the role of a bidder by determining the price, while the bidder (i.e. buyer) gets to try and secure the item at the price that is most convenient to them.

This auction mechanism, also known as the ‘price discovery process,’ allows the auctioneer or seller to begin with their highest asking price, gradually lowering it until the corresponding bid can cover the total offer amount.

Although this approach is common in the traditional market, such as during IPOs as well as the offering of treasury bills, notes and bonds, it is now adopted across various verticals in the crypto space. This industry in particular has seen a wave of NFT marketplaces adopt the Dutch auction mechanism, which appears to introduce more dynamism and flexibility.

How Dutch Auctions Work in the NFT Market

The NFT market kicked off with the traditional auction system, meaning that sellers had to wait for collectors to place their bids, before subsequently selling them to the highest bidder.

However, the NFT market is undergoing a dramatic transition from that paradigm with the increasing implementation of the Dutch auction system, which can also be described as a declining price auction.

With the Dutch auction mechanism in place, the NFT seller opens bidding at the starting price, which doubles as the highest price, and decreases incrementally down to the floor price. Unlike in the traditional system, this allows interested parties to bid for the most convenient price in the list of downsized offers.

In other words, the price of theitem will be gradually reduced over the course of the auction’s duration. Depending on the marketplace, this duration can range from 30 days to several months, or, in some rare cases, up to a year until a buyer is found.

The Pros and Cons of Dutch Auction

Considering that this bidding mechanism is still in its early stages of adoption in the NFT space, it is too early to conclude if it is a sustainable alternative or not. Either way, it offers a great deal of flexibility compared to existing methods. In addition to flexibility, other benefits of Dutch Auction in the NFT market include the following:

While Dutch auctions offer quite a number of benefits, there are also several downsides to them as well.

Ultimately, the implementation of Dutch auctions in the NFT market introduces a potential power tussle between creators and collectors, at least at the onset. However, allowing creators to choose whether or not to use the bidding mechanism creates room for flexibility.