Many Canadian cannabis stocks have been on the upswing over the past month as hope increased that the U.S. could be moving further along the path to legalizing marijuana. But this week started off with several of these names reversing course. Early Monday, the stocks of Tilray ( TLRY 1.57% ), Canopy Growth ( CGC -1.00% ), and Aurora Cannabis ( ACB -0.30% ) all dropped about 5%. As of 11:48 a.m. ET, these names have pared those losses, however, and are all down about 1%.

The U.S. House of Representatives passed the Marijuana Opportunity, Reinvestment, and Expungement (MORE) Act on April 1, 2022. Mostly along party lines, that House vote effectively agreed to legalize marijuana by removing it from the list of federally banned drugs under the Controlled Substances Act. That moves the issue to further consideration by the Senate. That progress toward legalization in the U.S., along with some positive earnings news, helped bolster shares of marijuana stocks in recent weeks. 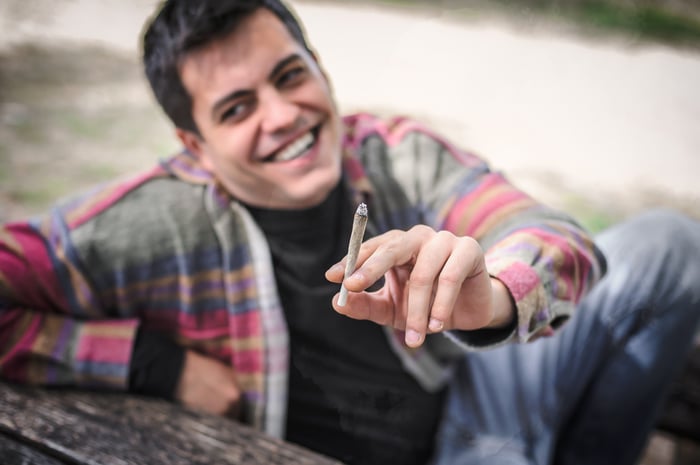 Since mid-March, Tilray stock has jumped 23%. Canopy Growth and Aurora stocks have both moved up about 9%. But the realization that the MORE Act has a big hurdle to clear in passing the Senate to become law has some cannabis investors taking profits from the recent run-up. Today, political website The Hill highlighted the struggles that Senate Majority Leader Charles Schumer will have to undergo to pass any marijuana reform bill in his chamber.

Tilray has been increasing its presence in the United States through acquisitions and investments. It said its U.S. subsidiaries, including hemp producer Manitoba Harvest, craft brewer SweetWater Brewing, and Breckenridge Distillery, are all profitable. Those businesses will be part of its distribution infrastructure should federal legalization pass.

Canopy Growth also has a presence in the U.S. through several multistate operators (MSOs). In a recent conference call with investors, large Canopy investor Constellation Brands‘ CEO, Bill Newlands, made a point of saying the company is happy with its investment because Canopy has achieved profitability in Canada and improved its position in the U.S. market. He added, “In the U.S., Canopy’s THC strategy is anchored by strategic relationships with two profitable MSOs, Acreage and TerrAscend, both of which are positioned in high-growth Northeastern markets.”

Legalization in the U.S. is a catalyst many cannabis investors are hoping for. The stocks are volatile as progress ebbs and flows toward that goal and investors watch to see how the Senate progresses on the issue. After a recent surge, today has been another volatile day in the sector.