This is it — the day the U.S. House of Representatives votes on legalizing marijuana.

As we’ve been discussing all week long (and even back into late last week), the House has been gearing up for today’s vote on the Marijuana Opportunity, Reinvestment and Expungement (MORE) Act, and floor discussion of the bill to legalize marijuana at the federal level actually began yesterday. Today, assuming no hiccups, discussion will wrap up and the bill will receive a vote by the full House. 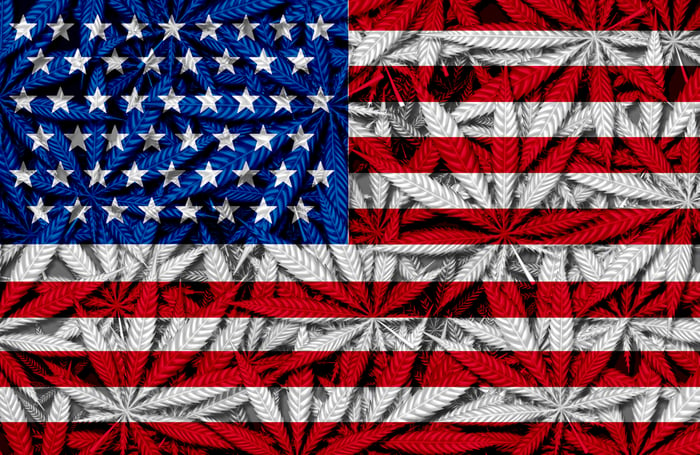 House Speaker Nancy Pelosi says she’s “all for” passing the MORE Act today, and even opponents of the bill expect it to pass. As MarijuanaMoment.net observed this morning, “Rep. Cliff Bentz (R-OR), who managed floor time in opposition to the reform bill, acknowledged that it has been ‘obvious for years that at some point marijuana was going to be formerly legalized.'”

As we’ve discussed previously, the bigger question is how the MORE Act will be reconciled — after passing — with competing bills such as Congresswoman Nancy Mace’s “States Reform Act” in the House (which will be voted on later) and the Cannabis Administration & Opportunity Act (CAOA), due to be voted on in the Senate in April.

And that remains to be seen.

In the meantime, though, let’s consider another reason why legislators in both the House and the Senate might be inclined to compromise and ensure that the several competing marijuana legalization bills get integrated into a single final bill — and passed.

As CNBC points out today, making marijuana legal won’t make marijuana free — the opposite is more accurate. Under the MORE Act, legal weed will be sold with a 5% federal tax, on top of any state taxes levied — and over time, that federal tax will rise to 8%. MarijuanaMoment notes that a Congressional Budget Office (CBO) report released Wednesday predicts legalizing weed will contribute “billions in revenues” for the IRS.

So revenue-hungry legislators may be more inclined to vote for the MORE Act, and that’s a good reason to be optimistic about passage. That being said, another thing investors in marijuana stocks need to consider is the potential depressive effect that added federal taxes will have on marijuana sales in states where the drug is already legal. In states where marijuana is state-legal, but federally illegal at present, “20%” appears to be the most common tax rate on retail sales of marijuana — but in extreme cases, rates actually rise as high as 43% and more. Throw an 8% federal tax on top of that, and we’re talking all-in tax rates in excess of 50%.

At prices that high, it’s an open question whether even federal legalization will significantly increase marijuana sales.