The first three months of 2022 are a wrap, and it’s been a volatile start to say the least. Many top growth stocks have been falling amid broader economic concerns relating to inflation, rising interest rates, and geopolitical issues. And at lower valuations, there are some solid deals for investors to buy up right now.

Three of the best buys for growth investors as April approaches are Ascend Wellness Holdings ( AAWH 0.00% ), Shopify ( SHOP 6.04% ), and Upstart Holdings ( UPST 11.10% ). From cannabis to e-commerce to fintech, these stocks will give you exposure to some promising growth sectors that can help generate strong returns for your portfolio in the years ahead. 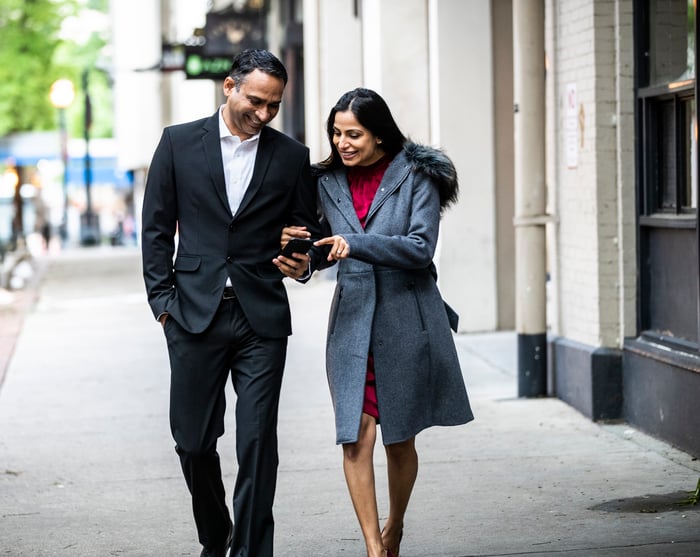 Multi-state marijuana operator Ascend Wellness isn’t a large cannabis business like Curaleaf Holdings, which has more than 100 locations across the country. Ascend’s strategy is more focused, with the company having 20 dispensaries in five states, including hot markets such as Illinois, Michigan, Massachusetts, and New Jersey. Those markets (including both recreational and medicinal) could be worth $10.1 billion this year. Even Ohio’s medical market, where Ascend also has a presence, could generate $2.7 billion in revenue.

The company reported its year-end results on March 8, and sales of $332.4 million soared 131% year over year. Its adjusted earnings before interest, taxes, depreciation and amortization (EBITDA) profit of $79.4 million rose by 158% and was 24% of the top line. Although the company anticipates a challenging start to the year (there are oversupply issues plaguing the industry today), it is optimistic about its future, particularly in the New Jersey adult-use market, which is expected to commence sales later this year. And as more states legalize marijuana, there will be additional opportunities for Ascend to expand even further.

Trading at a price-to-sales multiple of less than two, Ascend is cheaper than other, more popular pot stocks (Curaleaf trades at 3.8 times its revenue). And with an encouraging bottom line and a presence in some promising states, this stock could be an underrated buy today. Although its share price is down 58% in the past year, the pot sector as a whole has been struggling, with the Horizons Marijuana Life Sciences ETF falling 40% over the same period. Investing now while valuations are still low could be a great move for long-term investors.

One stock that’s taken an excessive beating in 2022 is e-commerce giant Shopify. Its share price is half of what it was at the start of the year, while the S&P 500 has only declined by 4%. Investors are overly worried about the company’s growth prospects after Shopify itself warned that its growth rate will slow down this year, from 57% in 2021. Additional headwinds due to inflation and the Russian invasion of Ukraine are only giving investors more of a reason to sell the stock.

But the problem there is that those issues, while concerning, aren’t ones that are likely to last (or at least, to weigh down the business) over a long period. The global e-commerce market continues to grow, with analysts from Grand View Research anticipating it will be worth more than $27 trillion by 2027. That’s nearly three times the $10.4 trillion it was worth in 2020. And with it being one of the top e-commerce platforms in the world, Shopify will benefit from a lot of that growth.

What’s also encouraging is that the business brought in more than $504 million from its operating activities last year, which should give investors confidence in Shopify’s ability to grow its operations without having to resort to share offerings the way other high-growth businesses do. The company’s future remains bright and investors shouldn’t be discouraged by this recent wave of bearishness.

Upstart is an exciting growth stock to own because it’s just scratching the surface of its long-term potential. The disruptive fintech stock makes the lending business more efficient using artificial intelligence, which helps incorporate more than 1,000 data points in the decision-making process. Some analysts have become bearish on the stock, given the risk Upstart faces should there be a recession or a prolonged downturn that leads to a decline in loans being issued. But those again are short-term issues that, as with Shopify’s case, are weighing on the stock.

In 2021, Upstart’s revenue jumped 264% to $849 million. For the current year, it expects its top line to come in at $1.4 billion, representing a growth rate of 65%. The company is focusing more on auto loans, where it says “originations on our platform are now ramping quickly and will provide growth opportunities to Upstart for years to come.” This past year, the company generated $168.4 million in cash from its day-to-day operations and its net income was a solid $135.4 million.

Shares of Upstart are down 32% in 2022, and the stock’s forward price-to-earnings multiple of 45 could make investors hesitant to buy the dip. But with the company generating profit margins of more than 16% over the past year amid rapid growth, that multiple will likely come down in the future. Investing in the stock today could set investors up for some strong gains in the future.