It’s been a rough few months for the Nasdaq, which is in negative territory in 2022, and over the past 12 months, its gains have been at just 4% (the S&P 500 is up 14% over that period). What was looking like a bull run with no end in sight has quickly come crashing down amid inflation, interest rate hikes, and now geopolitical issues as well.

Three growth stocks on the exchange that have done particularly awful are GrowGeneration ( GRWG -2.10% ), Zoom Video Communications ( ZM -2.50% ), and Beyond Meat ( BYND -2.26% ). They have all been down more than just 60% in the past 12 months. However, despite those sharp declines, they still could be growth stocks worth picking up today. 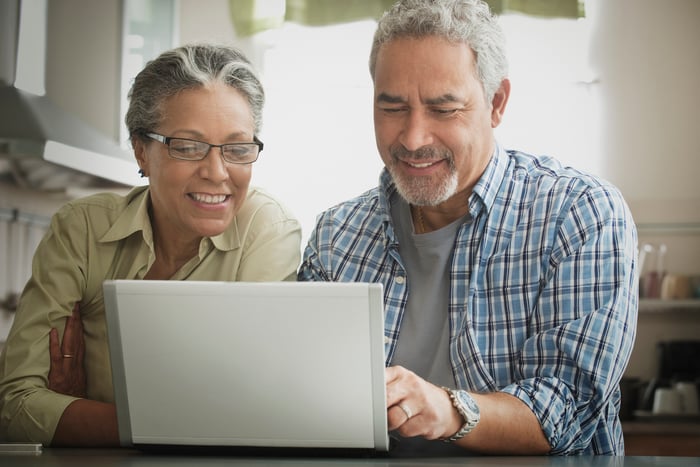 In just 12 months, shares of GrowGeneration have crashed a staggering 83%. However, that’s only made the stock a much hotter buy, as one of the main reasons I avoided this stock at all costs in the past was its high valuation. At a price-to-sales ratio (P/S) of less than 2, it’s now cheap compared to the average pot stock in the Horizons Marijuana Life Sciences ETF, which trades at close to five times its revenue.

The business is facing some headwinds as oversupply issues are plaguing the industry right now, so there isn’t a big rush to load up on cannabis-related growing supplies (e.g., lights, tents, extraction equipment), which GrowGeneration sells. That and general apathy for the sector is why investors have been quick to dump shares of this company, which typically generates modest profit margins of 7% or less.

GrowGeneration could be a solid long-term investment, but the key is remaining patient. This year, the company projects its revenue won’t come in higher than $445 million, which would at best result in a growth rate of 5%. Given that kind of uninspiring projection, it’s easy to see why growth-oriented investors would be down on the stock.

But in the big picture, with the industry growing at a compounded annual growth rate (CAGR) of more than 16%, according to cannabis research company BDSA, GrowGeneration could see much more growth in the years ahead. Buying the stock before demand catches up to supply and the inevitable bullishness returns could result in some fantastic opportunities for investors who are willing to buy and hold.

Zoom is another example of a business that looked solid, but its stock was incredibly overpriced. While there are other video conferencing options, Zoom has continued to be a popular option with users, likely due to its ease of use. And the customers who use Zoom like it a lot. The company reported a net dollar expansion rate of 129% for customers with more than 10 employees, indicating that they are using more of its products and services than they did a year earlier.

The big knock on Zoom is that many investors likely see this as a COVID-19 stock, an investment that will struggle amid a return to normal. So far, that’s been true, with shares of the tech company falling 64% in the past year. But with remote work growing in popularity, there may still be strong demand for virtual meetings, especially as businesses try to get leaner and more efficient amid rising inflation and increasing labor costs. According to Grand View Research, the digital workplace market will grow at a CAGR of 11.3% until 2027, when it will be worth more than $54 billion.

For fiscal 2023, Zoom projects its revenue to come in at around $4.5 billion, which would only be 10% higher than the $4.1 billion it reported in fiscal 2022 (period ending Jan. 31). As with GrowGeneration, short-term growth may be challenging, but investors shouldn’t overlook the long-term opportunities that exist in the industry.

From a price-to-earnings ratio of more than 120 a year ago, Zoom’s valuation looks a lot more reasonable today, trading at just 26 times its trailing profits.

Beyond Meat shares are down 66% in the past year as investors have been quick to unload this underperforming stock. The problem the company faces these days is inflation is making its plant-based products look more expensive, plus supply chain issues are also causing disruptions for the business.

Its quarterly revenue has also declined for two periods in a row. Revenue of just $101 million for the period ending Dec. 31 was also down from the $102 million the company reported a year earlier. In the meantime, the company’s bottom line remains firmly in the red. As with the other stocks on this list, it’s not much of a mystery why Beyond’s stock isn’t a hot buy these days.

But investors should also remember that the recovery in the economy is still not in full swing. As demand comes back, there should be a much clearer picture of how well the business is doing and how appealing of an investment it is. This year, the company projects its revenue will rise by as much as 33%, potentially reaching $620 million.

There are also other encouraging signs for investors, including McDonald’s partnering with the company on its McPlant burger and PepsiCo establishing a joint venture with Beyond Meat to develop plant-based products. While there is competition in the fake meat business, getting the attention of two big players in the food and beverage industry is a sign that Beyond’s products may be separating themselves from the pack.

It’s still the early innings of a plant-based food market that analysts from Meticulous Research project will be worth more than $74 billion by 2027, as the industry grows by a CAGR of 11.9%.

By securing some key partners in the food and beverage industry, Beyond Meat could be in a great position to benefit in the long run. And although its P/S multiple of less than 7 isn’t dirt cheap, it’s still well down from the more than 20 times revenue its shares traded at a year ago. Beyond Meat isn’t a risk-free buy, but there are definitely more reasons to buy the stock than there are to sell it at its current price.