A YouTube investigator has accused boxing superstar Floyd Mayweather of “scamming” his audience out of millions by promoting projects.

YouTube investigator Coffeezilla, known for exposing Lana Rhoades’ NFT scam and many others, recently accused famous boxer Floyd Mayweather of “scamming” his audience with NFT projects that he promoted; Floyd NFT Mayweather, Floyd’s World, and Bored Bunny. Each of the projects promoted by Mayweather has dramatically dropped in value, with Mayweather not following through on the roadmap published for the project.

Coffeezilla points out that in 2018 Mayweather was barred from selling securities by the Securities and Exchange Commission (SEC) for three years after scamming his fans with an ICO called Centra. Additionally, Mayweather is currently being sued for his promotion of EthereumMax alongside Kim Kardashian.

After posting numerous promotions for Floyd’s World NFTs, the decorated boxer raked in $4.9 million from investors and has seemingly abandoned the project altogether by moving on to promoting new NFT projects. 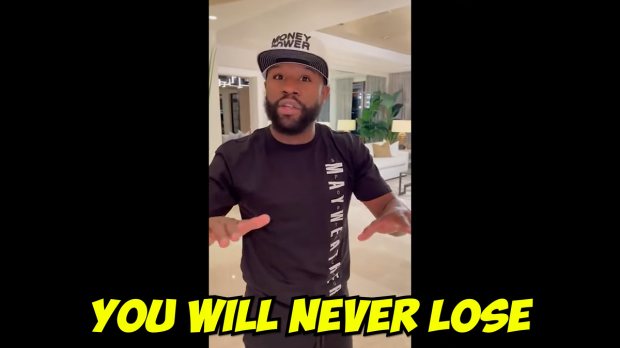 Jak joined the TweakTown team in 2017 and has since reviewed 100s of new tech products and kept us informed daily on the latest science and space news. Jak’s love for science, space, and technology, and, more specifically, PC gaming, began at 10 years old. It was the day his dad showed him how to play Age of Empires on an old Compaq PC. Ever since that day, Jak fell in love with games and the progression of the technology industry in all its forms. Instead of typical FPS, Jak holds a very special spot in his heart for RTS games.