Innovative Industrial Properties (NYSE: IIPR) is a real estate investment trust (REIT) that plays an important role in the cannabis industry’s growth. Its properties provide producers with valuable growing space and, through leases, can help them avoid needing a large cash infusion to set up their operations.

The REIT is also a relatively safe way for investors to gain exposure to the cannabis industry without directly having to buy shares of cannabis producers, which can sometimes be risky given their lack of profitability. Innovative Industrial itself is profitable, and it’s coming off another strong year in 2021. With its shares down 28% this year (which is worse than the S&P 500‘s losses of 9%), is it too attractive an investment to pass up right now? 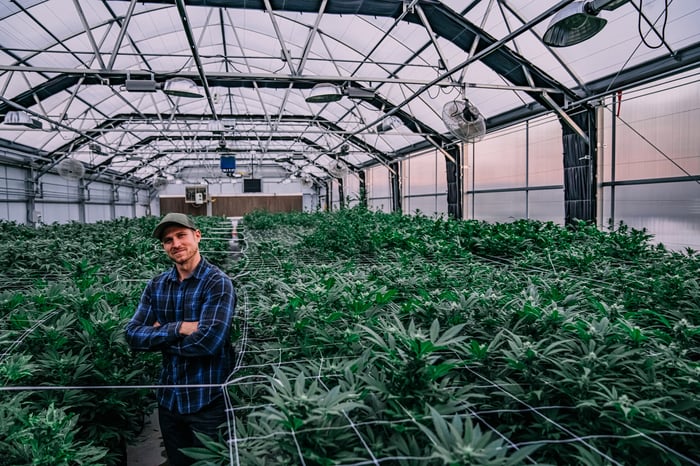 On Feb. 23, Innovative Industrial Properties reported its year-end numbers for 2021. And during the year, its revenue came in at $204.6 million, rising 75% from 2020, when its top line was just under $117 million. That kind of growth is far from typical for a REIT, which normally doesn’t report significant increases like that, unless it’s due to acquisitions.

Typically, it’s by adding more properties that a REIT can add to its base of tenants and grow its top line. And that’s been the case with Innovative Industrial, as it’s in a high-growth industry that’s still in its early stages.

In the past year, the company says it acquired 37 new properties. As of Dec. 31, it owned 103, which totaled 7.7 million rentable square feet. This includes properties in some of the most promising markets in the U.S., including New York and New Jersey — they recently legalized marijuana for recreational use and could be commencing operations within the next year.

Amid all this growth, the company’s net income attributable to common shareholders nearly doubled, from $64.4 million in 2020 to $112.6 million this past year. Innovative Industrial’s diluted funds from operations (FFO), which is a key metric for REITs when assessing the strength of their dividend payments, was $6.17 per share, up 31% from $4.72 a year ago.

This REIT is likely to continue to grow given that the cannabis industry still has much more growth on the horizon; it could be years before legalization happens. And as more producers enter the market, they could take advantage of Innovative Industrial’s sales-and-leaseback program, which can provide them with industrial or retail space for their operations.

But another reason investors may like the stock, in addition to its growth potential, is that it pays a dividend yield of 3.7%. Dividend payments aren’t common in this sector, and Innovative Industrial’s payout is nearly three times the S&P 500 average of 1.3%. On a $30,000 investment, for example, you could generate $1,110 in annual dividend income.

And it’s more than likely that amount would grow — quickly. The company recently declared a quarterly dividend of $1.75, which is 33% higher than the $1.32 it was paying just a year ago. Innovative Industrial’s rapid growth opens up the door for more rate hikes in the future. While its FFO per share of $6.17 suggests that an annual dividend payment of $7 is not sustainable, that would also be assuming that no growth takes place, which is incredibly unlikely.

The stock could be a steal of a deal

Innovative Industrial isn’t near its 52-week low of $162.81, but it could still be an attractive buy right now. Analysts see this stock rising to at least $240 over the next couple of years, which is 27% higher than where it is right now. Throw in its dividend and you could be looking at returns of at least 30%. And this is with investing in a relatively safe business that generates strong margins and has minimal overhead — its largest expense in 2021 was a non-cash item, depreciation and amortization, which totaled $41.8 million and was 20% of revenue.

If you’re bullish on the cannabis industry and its future, this is a stock that you should consider adding to your portfolio today.