Viridian Capital’s proprietary Cannabis Credit Tracker utilizes 11 financial and market variables to determine a cannabis company’s credit score, including Liquidity, Leverage, Profitability, and Size. The higher the score, the better the company’s credit quality. The Viridian Credit Tracker produces relative credit rankings for all sectors of the cannabis industry. The model’s unique credit scoring algorithm is a powerful tool for issuers, lenders and investors, given the lack of credit ratings in the industry. 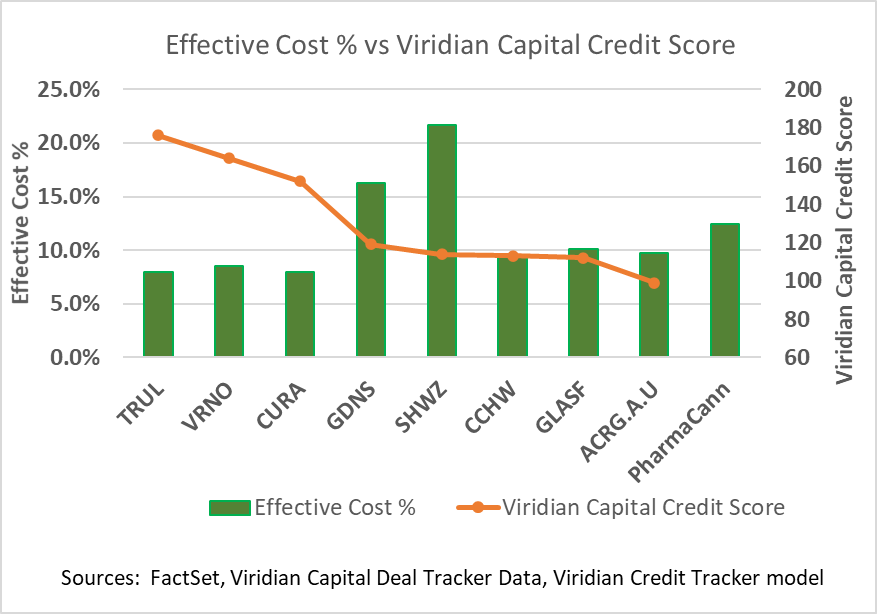 Launched in January 2015, and having analyzed more than $60B in deals, the Viridian Cannabis Deal Tracker is a proprietary data service that monitors and analyzes capital raise and M&A activity in the legal cannabis and CBD industries. Each week the Deal Tracker provides proprietary data and market intelligence on transactions, including:

The preceding article is from one of our external contributors. It does not represent the opinion of Benzinga and has not been edited.