The share price for Innovative Industrial Properties ( IIPR 2.84% ), a provider of growing facilities for medical marijuana producers, fell 24.6% in January, according to data provided by S&P Global Market Intelligence.

That drop is more like what befell go-go growth stocks than a real estate investment trust (REIT) that has already established an enviable record of dividend paybacks and total return since it went public a mere five years ago as the first publicly traded REIT in the cannabis business.

IIPR has drawn a lot of attention in the past year or two, even for a marijuana stock. The company’s focus is buying and leasing back facilities to growers in the growing list of states that have legalized medical marijuana. That’s a business that most traditional lenders won’t touch as long as pot remains federally banned.

The share price decline looks like both profit-taking and reaction to newcomers adding to the competition. NewLake Capital Partners ( NLCP -2.10% ) was formed in 2019 and already has about 25 growers on its client list, and private equity operators are mixing into the fray now, too. 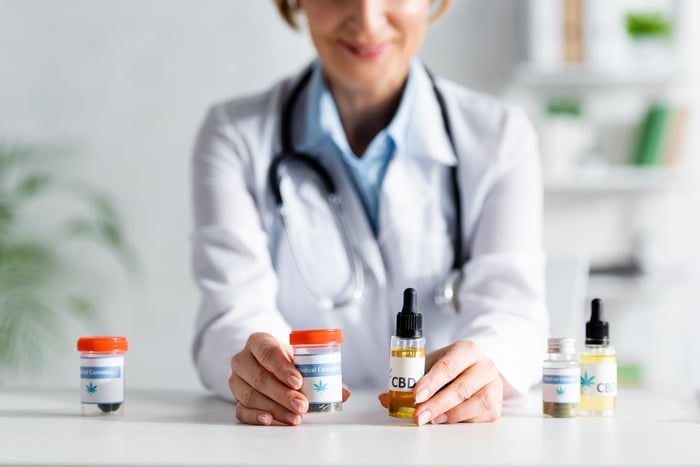 Growing competition and potential saturation of the market point to headwinds for Innovative Industrial Partners and its stock. But the company has a big head start, with more than 100 properties in 19 states. And they’re all serving a market that’s growing fast. There are 39 states where medical marijuana is legal, a number that grows each year, and the sales of legal marijuana overall are expected to double to about $46 billion annually by 2025.

Innovative Industrial Partners itself has boosted its dividend each of the past five years — including by 376% in the past three years. The payout was raised twice in 2021 and the company has said it will review that payout every first and third quarter. Funds from operations (FFO), a key cashflow metric for REITs, has grown by a resounding 29% in the past year, and if that keeps up, there certainly could be more dividend growth to come.

Bottom line: Innovative Industrial Properties is a profitable venture, and its ability to build in rent escalations on long-term leases means a steady, growing flow of income that should underpin its stock price while rewarding shareholders with growing quarterly paybacks.

This is a REIT still worth investing in for passive income and the potential for share price appreciation. I already have and intend to continue.