A fresh mint will top off your evening, and today’s episode will address a number of growing questions: Is the SEC looking to drop the hammer on NFTs and/or NFT influencers? What blockchains will Coinbase’s NFT marketplace support? We’ll also look into breaking news around a recent NFT marketplace exploit. Let’s jump in.

In a new report today first delivered by Bloomberg, the SEC has apparently issued several subpoenas and is investigating NFT marketplaces and creators regarding potential regulatory violations. Ideally NFTs don’t suffer the same demise of the ICOs in 2017-2018, but nothing is out of question currently as the regulatory body explores whether NFTs “are being utilized to raise money like traditional securities.”

Murmurs have been floating around a variety of outlets and social channels in the past day that Coinbase’s upcoming NFT platform will support the mint and listing of NFTs on Tezos, after a platform survey on Twitter garnered substantial support for the eco-friendly blockchain.

Tezos finished third in the survey, which asked users which blockchain they would want to see supported, following behind Polygon and Solana. However, Tezos was in the lead for quite some time, and many in the community suspected botting after Polygon received an abrupt ~60,000 votes in about a minute’s time. Coinbase has not formally stated the extent of blockchains that will be supported on the rollout of their NFT marketplace. Don’t be surprised if all three of Polygon, Solana, and Tezos become integrated – at least with due time. 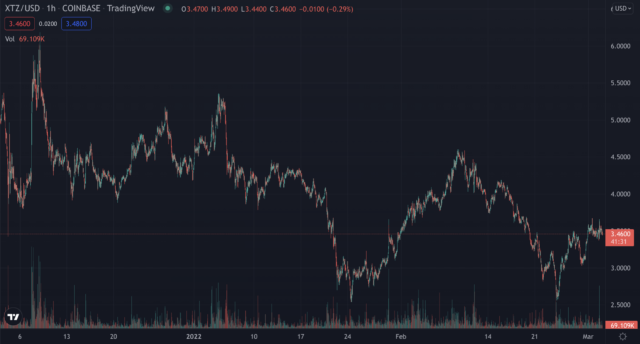 News breaking Wednesday evening across social media is that Arbitrum-based NFT marketplace Treasure suffered a hack that allowed all ERC-721 NFTs on the site to be purchased at no cost. Twitter’s @cat5749 provided a nice breakdown:

5/ The exploit was straightforward: It took advantage of the contract’s `buyItem` function, which did not make sure that the quantity of an ERC-721 purchased was greater than 0.

Because of this, all ERC-721 tokens on the Treasure marketplace could be “purchased” for free. pic.twitter.com/9Lt4X8GJQH

Treasure marketplace is being exploited. Please delist your items. We will cover the costs of the exploit—I will personally give up all of my Smols to repair this. I cannot fathom what subhuman targets a fair launch marketplace for robbery, but they will not defeat the community

It’s always important to remember that in Web3, there’s generally always some sort of risk of vulnerabilities. But with NFTs in particuarly, it’s important to stay level-headed, and set a clear understanding on why you are entering on a project, and think about what could cause you (or a set a plan) to exit a project: