The stock market has been volatile lately, but long-term investors may see this as an opportunity, rather than a drawback. Two industries that are primed for growth in the long run, despite recent market unpredictability, are healthcare and cannabis. Here are stocks that may be worthwhile for long-term investors willing to take advantage of short-term uncertainty.

Ireland-based healthcare company Medtronic ( MDT -1.27% ), pharmacy-led retail company Walgreens Boots Alliance ( WBA -2.34% ), and cannabis company Curaleaf Holdings ( CURLF -9.86% ) are high-growth stocks that can bring some bountiful returns over the long haul. Let’s take a look at their recent performances and what to expect this year. 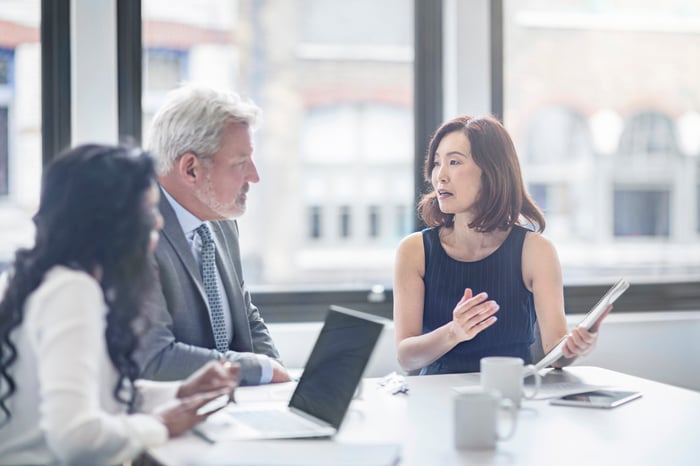 This medical device manufacturer has earned Dividend Aristocrat status by increasing its dividend payouts for the past 44 years. Recently, it increased its dividend by 9% from the prior year to $0.63 per share. Management stated in its recent third-quarter fiscal 2022 earnings call that the company has paid $2.5 billion in dividends in the fiscal year to date to shareholders.

It is proof of how stable this business is. A company that increases its dividends also works on increasing its earnings, so it is safe to say investors can trust that dividends aren’t stopping anytime soon. Its recent quarterly results (ended Jan. 28) are proof of that. The company operates across 150 countries and treats close to 70 health conditions.

In Q3, total reported revenue came in at $7.7 billion, flat year over year while its adjusted net profits came in at $1.4 billion compared to $1.2 billion the year-ago quarter. Despite the ongoing pandemic, the company managed to grow revenue in all of its segments geographically besides a minimal 0.6% dip in revenue from the non-U.S. developed region (that includes Japan, Australia, New Zealand, South Korea, Canada, and the countries of Western Europe) from the year-ago quarter.

The company issued an adjusted earnings-per-share guidance range of $1.56 to $1.58 and organic revenue growth of around 5.5% in the fourth quarter. Management expects pandemic-related challenges to subside soon, and expects its procedure volumes to return to pre-pandemic levels by the end of the fourth quarter. Analysts see an upside of 20% for Medtronic’s stock in the next 12 months.

This $39 billion market cap company operates around 13,000 locations across the U.S., Europe, and Latin America. It offers prescription drugs as well as health and beauty retail products to a range of customers. Walgreens reported another solid first-quarter result in January. According to management, COVID-19 vaccines gave a boost to its performance. The company has administered close to 56 million vaccines to date, with 5.6 million just in the first quarter of fiscal 2022. The company also saw a surge in total revenue of 7.8% year over year to $34 billion for the period, and an adjusted net profit of $3.5 billion compared to a loss of $385 million in the year-ago quarter.

Another perk of investing in this excellent stock is that it is also a Dividend Aristocrat, and has been increasing its payouts for 46 consecutive years. Walgreens has a dividend yield of 4.1%, much higher than that of the S&P 500‘s yield of 1.3%. In January, it announced another quarterly dividend hike of 2.1% year over year to $0.4775 per share. This again proves how stable the company is.

Curaleaf has made a name for itself in the cannabis space mostly through some smart, timely, and aggressive acquisition strategies. These strategies are helping the company generate close to $1 billion in revenue for the year. The company generated $317 million in revenue, growth of 74% year over year for Q3 2021. This revenue surge also helped Curaleaf bring in positive earnings before interest, tax, depreciation, and amortization (EBITDA) of $71 million, versus $42 million in the year-ago quarter.

The company is also targeting key cannabis markets like Arizona, which recently legalized marijuana. Retail sales could ramp up this year. Curaleaf acquired Bloom Dispensaries in January this year, which increased its store count to 16 in Arizona. It also opened two more dispensaries in Pennsylvania, bringing its total store count to 125 nationwide.

Even though many cannabis companies expect minor hiccups this year like delays in setting up of regulatory markets in new states that legalized marijuana, Curaleaf reaffirmed its previous guidance. It expects to report revenue toward the lower end of the $1.2 billion to $1.3 billion range for the full year. Curaleaf isn’t profitable yet, but with this drastic revenue growth, profitability doesn’t look far away. Many of its acquisitions in the last two years have yet to show their full potential.

More state cannabis legalization this year will boost expansion plans for Curaleaf. We will know more about Curaleaf’s plan for this year when it reports its fourth-quarter results on March 3. Analysts see upside an of 167% for Curaleaf’s stock in the next 12 months.