The legal marijuana market keeps growing as new U.S. states and other countries climb on the legalization bandwagon. Analysts from Grand View Research anticipate that the industry will grow at a compound annual rate of 18.1% through 2027, when it will reach a value of $73.6 billion. If one of your stocks were to grow at that rate for 15 years, then an initial investment of less than $83,000 would be enough to make you a millionaire.

However, there is also plenty of risk in this sector, and investors could just as easily lose money in it if they choose poorly. In my view, to maximize your odds for success, the best investment options in the legal cannabis space today are Innovative Industrial Properties ( IIPR -1.16% ) and GrowGeneration ( GRWG -4.83% ). 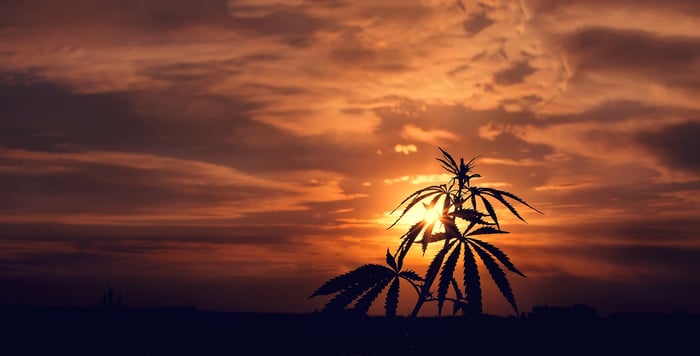 1. The case for Innovative Industrial Properties

If you are looking for a safe way to profit from the legal marijuana business, Innovative Industrial Properties is a great option. The real estate investment trust (REIT) leases properties to growers under long-term contracts and generates strong profits that normally amount to more than 50% of its revenue. And while most REITs aren’t generally associated with growth, Innovative Industrial is different. It seeks out distressed cannabis assets that it can add to its portfolio and lease back to growers. Not only does it get great deals in the process, but it also adds to its recurring monthly income with each purchase.

On Wednesday, Innovative Industrial released its fourth-quarter results, and it was another stellar performance. Revenue of $37.1 million for the quarter was more than twice the $17.7 million  generated in the prior-year period. Net income of $21 million rose by 120%. Management credited the growth primarily to acquisitions and new leases.

Over the past 12 months, the REIT’s shares have risen by more than 80%. And in addition to that great capital appreciation, shareholders will also appreciate Innovative Industrial’s dividend, which yields 2.4% at current share prices — well above the S&P 500‘s average of about 1.6%. Those payouts are likely to continue growing given the company’s strong financials and impressive track record. Since it went public in December 2016, it has hiked its payout nine times.

With Innovative Industrial, you get a relatively safe pot stock with a business that’s both stable and growing.

In the past 12 months, GrowGeneration stock has skyrocketed in value by about 800%. Had you invested $110,000 into it a year ago, you would already be sitting on a million-dollar position.

GrowGeneration is a pick-and-shovel play, as it offers cannabis growers (and other indoor farmers) the tools they need to produce their crops, especially through the use of hydroponics. That’s a more complex system than conventional farming, relying on pumps, drip systems, and other components to make growing more efficient. However, it can save growers a ton of money, it takes up less space, and it doesn’t require soil.

Like Innovative Industrial Properties, GrowGeneration has been using acquisitions to accelerate its growth. On Feb. 23, it announced that it was acquiring San Diego Hydroponics & Organics, a company that owns four stores. Once those are added to its portfolio, GrowGeneration will operate 50 hydroponics and gardening stores throughout the country, including 17 in the world’s largest legal cannabis market — California. The company’s CEO has described Southern California as a “priority market for GrowGeneration,” and it’s hard to argue with that strategic emphasis. In 2020, California’s legal pot market generated $4.4 billion in sales, which was a 57% increase from the previous year.

When GrowGeneration released its fourth-quarter and year-end results on Jan. 11, it posted impressive numbers of its own with sales of $192 million for all of 2020 — up 140% from 2019’s tally of $80 million. And while the company grew its business by adding 14 locations during the year, it also achieved strong organic growth; same-store sales rose by 63% year over year.

Although California is GrowGeneration’s focus, the company still has many potential growth opportunities. New Jersey’s new recreational pot market could open for business in the coming months, and New York may legalize recreational use this year.

With impressive gains behind it and lots of potential ahead, this is another growth stock that could over time make you a millionaire.