In losing nearly 35% of its value, Aurora Cannabis (NASDAQ: ACB) was a stinker of a stock in 2021… but to be fair to the company, so were most other big marijuana players based in Canada. Investors largely shunned them as they were battered by numerous challenges, including market saturation and the consumer taste for lower-margin product, not to mention a resurgent coronavirus pandemic.

Aurora was once considered the leading light among Canadian cannabis stocks. Perhaps after a trying 2021, it can regain some of its luster in 2022 with a nice rise in its share price. 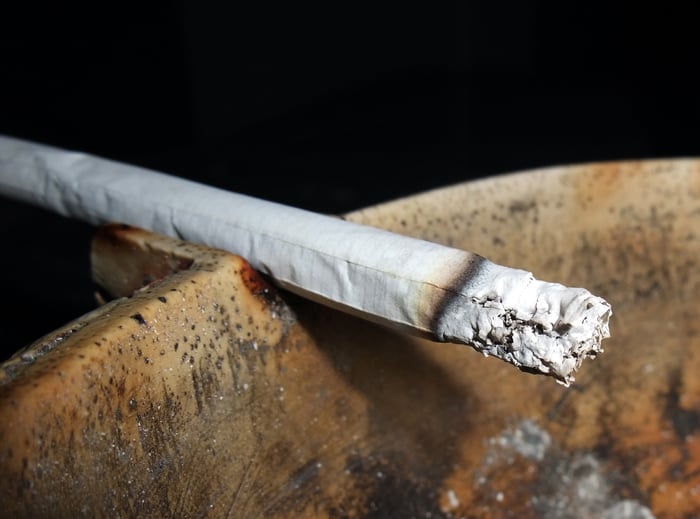 All in all, cannabis companies north of our border haven’t had an easy time of it. There are scores of them, publicly traded and otherwise, and compared to the U.S., Canada is sparsely populated. So there are a comparatively high number of producers and retailers serving a market that’s quite limited, at the end of the day.

Meanwhile, since marijuana is still a Schedule 1 drug at the federal level in America, foreign companies can’t directly import product into this vast and highly tempting market. Outside of North America, available markets for foreign expansion are few and far between, and often consist of rather restrictive medical marijuana-only regimes (although, to give it its due, Aurora is comparatively strong in this segment).

That’s why the bottom lines of most Canadian weed players are, more often than not, written in deep red. Aurora has quite the ugly quarterly net loss streak going, and has managed to escape a nine-digit shortfall (in Canadian dollar terms) only once in the past five quarters . 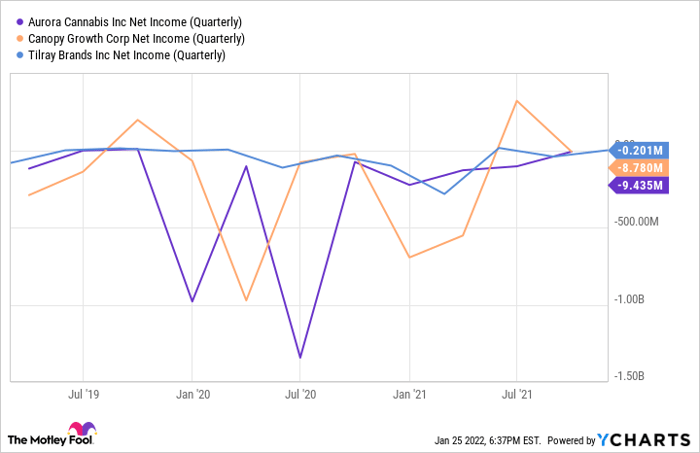 It doesn’t help that the formerly free-spending company overpaid significantly for certain assets as it was trying to scale up, and is now burdened with hundreds of millions of dollars of goodwill on its books.

At least it’s in good company in the red ink-soaked Great White North.

Rival Tilray, once a big investor hope following the big-ticket acquisition of Aphria that closed last May, also has a lengthening net loss streak. Canopy Growth has at least posted one profitable quarter over the past year-plus, but that’s really not much to write home about — particularly if we look at the more consistent profitability of selected U.S. players like Trulieve Cannabis.

A hazy future at best

It’s telling that in its most recent quarterly earnings report, Aurora led off by touting its “transformation plan.” This is its ongoing effort to trim costs through measures like facility closures and worker layoffs. Its current aim is to reach positive adjusted earnings before interest, taxes, depreciation, and amortization (EBITDA) by the first half of 2023.

There are several issues with this.

First, if a company is leading off an earnings report by talking about the apparent effectiveness of its cost-cutting effort, it probably has little else to cheer about. Second, positive adjusted EBITDA is a fairly low goal given the routine net profitability of a great many Canadian and U.S. publicly traded companies.

Third, even in Aurora’s rosiest scenario it’s going to take over a year to hit this goal. Yes, it’s been trimming the adjusted EBITDA loss, but it was still deep in the red in 2021, at more than 114 million Canadian dollars ($90 million).

Meanwhile, there’s no reason to believe that scores of competitors will either consolidate, or drop out of the over-served Canadian market. Nor are the country’s consumers likely to shift away from the lower-margin recreational products they seem to favor. And a change in U.S. federal law that would allow pot imports, or a sudden explosion in medical marijuana legalization elsewhere abroad, are both pipe dreams for now.

I don’t know if Aurora stock is necessarily going to crash in 2022. But given its current, highly unfavorable dynamics combined with the state of the pot industry in North America and abroad, I’d put my money on it continuing to head south rather than wafting higher in price.