Several cannabis stocks sank on Wednesday. Shares of GrowGeneration (NASDAQ:GRWG) were down 10.9% as of 3:44 p.m. EDT.  OrganiGram Holdings (NASDAQ:OGI) and Tilray (NASDAQ:TLRY) stocks were tumbling 10.2% and 7.9%, respectively.

So why did shares of GrowGeneration, OrganiGram, and Tilray decline? These and other cannabis stocks rose earlier in the day. However, they gave up the gains and entered negative territory as investors realized the uphill battle the proposed bill faces. 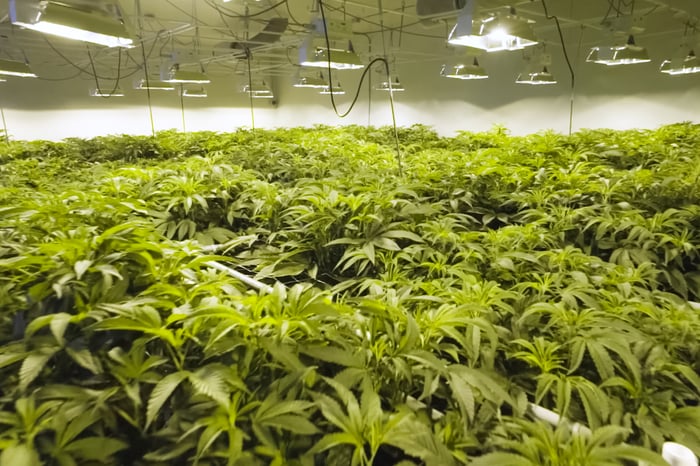 Sen. Schumer and his colleagues aren’t calling for federal marijuana legalization. However, they would like to allow individual states to make their own decisions about the legal status of cannabis. The senators also want to eliminate federal penalties related to cannabis use and possession.

If this bill became law, it would likely expand the market opportunities for most cannabis companies. GrowGeneration, which operates a chain of hydroponics and organic gardening stores that cater to the cannabis industry, could see its business boom more than it already is. Canadian cannabis operators including OrganiGram and Tilray could potentially enter the lucrative U.S. cannabis market.

The big question, though, is whether the votes exist to pass Schumer’s cannabis reform. A December vote on a similar bill in the U.S. House of Representatives split mainly down party lines. Democrats would need to unanimously support the proposed legislation plus pick up 10 GOP votes in the Senate to prevent a filibuster by Republicans opposed to federal cannabis reform.

No legislation has been formally introduced to the Senate yet. Sen. Schumer indicated that he’d like to receive input from other lawmakers as well as the public in hopes of building support. The draft bill will be open for comments and feedback until Sept. 1. A final version could be introduced into the Senate soon afterward.