With the cannabis industry surging in the U.S., investing in a marijuana cultivator is a great way to grab a hearty helping of upside exposure in your portfolio.

Village Farms International (NASDAQ:VFF) and Jushi Holdings (OTC:JUSHF) are a pair of cannabis stocks whose time in the limelight is only beginning. Both of the stocks have performed well in the last 12 months, up about 115% and 320%, respectively. I think there’s a handful of catalysts that could keep the party going for at least a year or two longer. Let’s investigate each to see if their growth could make them into three-baggers before 2025. 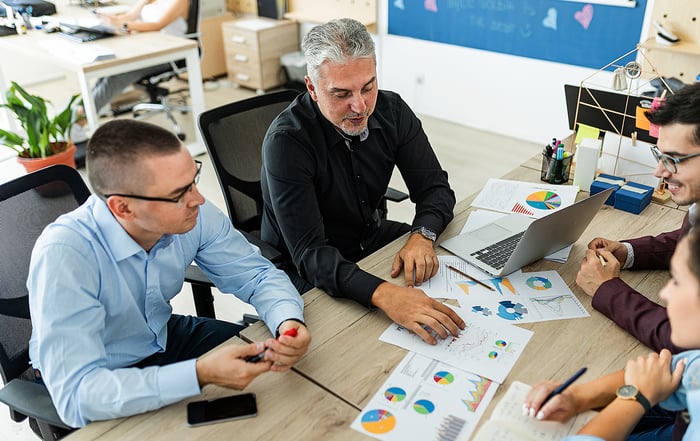 Can Jushi Holdings continue to sell cannabis hand over fist?

When it comes to sheer growth, Jushi Holdings has all the trappings of a stock on a rocketship trajectory. Per its Q1 earnings report this March, its quarterly revenue grew by 382.7% year over year. That made its trailing 12-month sales top $113 million, all from selling its branded marijuana products at its affiliated retail locations.

The face-melting pace of growth is completely derived from the output of the company’s vertically integrated facilities and its numerous acquisitions of smaller operators. Management specifically attributes the income explosion to strong performance from its stores in Pennsylvania and Illinois, as well as the opening of nine new stores over the course of 2020.

Moving forward, investors can look forward to even more revenue growth from its newer stores in Virginia, Nevada, and Pennsylvania, some of which haven’t had a chance to report a full quarter of revenue yet. More new stores are already on the way, and the company has been spending big on securing staffing in advance of openings.

If its year-over-year pace of growth falls off sharply over the next few quarters to reach a more sustainable long-term level, its stock could still easily triple in value. Sequentially, it made 29% more in the first quarter of 2021 than in the prior period, which is roughly the rate at which it can probably continue to expand if it keeps opening new stores as aggressively as it has been doing. So, on the basis of its recent sales and burgeoning retail footprint momentum alone, Jushi looks like it has everything that it takes to be a winning investment over the next three to five years.

Unlike Jushi Holdings, Village Farms is a relative newcomer to the cannabis market. Before branching out into growing marijuana via an acquisition, Village Farms was known for its produce offerings like tomatoes. With its quarterly revenue growing slightly faster than 63% year over year, Village Farms looks practically glacial compared to Jushi, even though it’s actually growing rapidly compared to most companies.

One advantage of Village Farms is that it’s (just barely) profitable, unlike Jushi. So, even though its cannabis revenue is ramping up for the first time, the company is still making more money than it spends to get the growth. And given its existing access to hundreds and hundreds of retail outlets in Canada, it doesn’t need to scramble to open up new locations to get its products in front of consumers like Jushi does. That’s especially favorable when it comes to its chances of tripling, as it probably won’t need to take out new debt or issue new stock to keep expanding.

There’s one last wild card that Village Farms has which makes it likely to triple: cultivating crops other than cannabis. In the last few quarters, the company’s earnings have been badly dented by historically low tomato prices. If the market price for Village Farms’ tomatoes gradually recovers to the pre-pandemic norm, it’ll have a powerful buoying effect on its revenue as well as its profitability. All the while, its cannabis sales will be ramping up aggressively. With the combination of stronger margins and new revenue coming online, the stock is well positioned for massive returns. 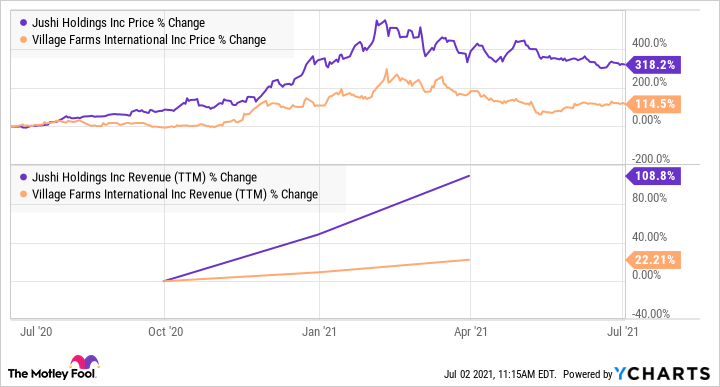 Which is more likely to triple?

But I still expect Village Farms to expand by quite a bit, and it could still enter the U.S. market rapidly if cannabis legalization prevails at the federal level. So, don’t count it out for three-bagger potential, even if you’re more partial to Jushi’s cannabis-only approach.