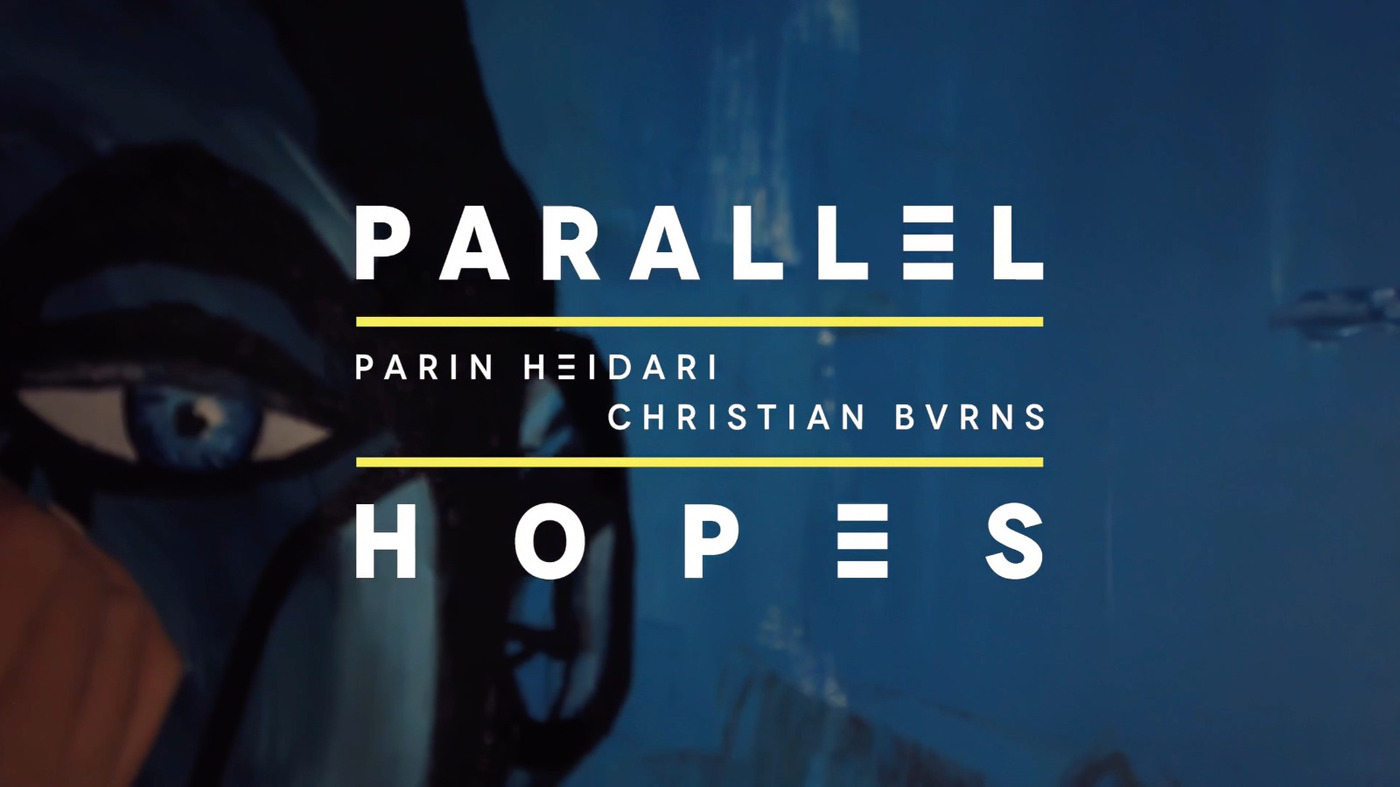 Origin Story is a unique, creator-owned NFT marketplace. It allows artists to create NFTs, customize their online shopping site, engage with audiences, and have a stake in the governance of the platform while bringing unique digital art and experiences to audiences around the world. It was the platform of choice for “Parallel Hopes,” which promises a never-before-seen experience for art and music lovers from all backgrounds.

“Parallel Hopes” was born from a chance encounter between Christian Burns and Parin Heidari in Liverpool. Mr. Burns has enjoyed immense success in the music industry for the better part of the last two and a half decades. He has written music for Grammy-nominated albums, has racked up tens of millions of streams online, and has had globally renowned hits with some of the biggest names in electronic music, such as Tiësto, BT, and Armin van Buuren.

Parin Heidari, while arguably just as successful, comes from an entirely different world. Her career has spanned 15 years and she has also worked with some of the world’s biggest brands, including Phillips, BMW, Tom Ford, and Luxottica. Her work has even been featured on the Dutch Emmy award-winning film “Rabarber.” She was even selected to be a featured artist on Time Magazines’ first NFT drop for Timepieces and has seen her work thrust into the limelight, generating immense interest in her current and previous works. What makes Ms. Heidari’s work of added interest is that she suffers from synesthesia, a neurological condition due to which Ms. Heidari can “see” colors, faces, shapes, and stories when she hears music.

What “Parallel Hopes” does is explore – from the respective yet contrasting viewpoints of Mr. Burns and Ms. Heidari – the trials and frustrations faced by up-and-coming artists in the music and digital art/illustrations spaces. These are industries that often operate in secrecy, out of the eyes of the public, guarded by outdated gatekeepers and traditional systems. “Parallel Hopes” aims to deliver messages of hope through the work of both artists – via music, as is the case for Mr. Burns, and expressions of hope in the darkest of stories, as is the case for Ms. Heidari.

The “Parallel Hopes” collection features five bespoke, otherworldly musical works performed by Mr. Burns. Every musical note of those works will be interpreted through Ms. Heidari’s eyes to make for remarkably primeval artwork, one in which sounds and visual arts are interwoven into a deep, resonant, nuanced, and unique collection of artistic expression.

According to Mr. Burns and Ms. Heidari, “We believe that blockchain technology will liberate the arts, and more than anything, our greatest parallel hope is that this project will inspire other artists to dream big and push the boundaries as to what’s possible in this space.”