Despite the cannabis industry sell-off, now is not the time to get disheartened with marijuana stocks. The industry is just heating up and more states could legalize cannabis this year.

Although prospects of federal legalization aren’t looking favorable now, most of the domestic companies are positioned to benefit investors long-term if and when legalization happens.

Florida-based Trulieve Cannabis (OTC: TCNNF) is one such cannabis grower that has shown outstanding growth in the last couple of years, even with a limited legal market. The worst mistake Trulieve investors can make right now is to sell this stock due to the industry’s downtrend. Here are the reasons why. 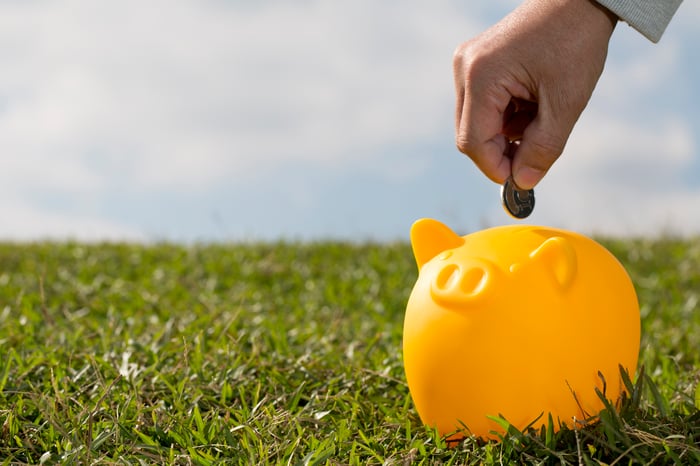 While many pot companies struggled to achieve profitability, Trulieve started making profits a while ago — thanks to its focus on strengthening its roots in its home market of Florida. Although initially, investors were worried Trulieve’s sole focus on the medical-cannabis market would make it a weaker player, the company proved that wrong.

What started as a small medical-cannabis company is now a dominant player in the Sunshine State, with 112 dispensaries. This dominance will act as a competitive moat if recreational cannabis is legalized in Florida (efforts are ongoing in the state).

This smart strategy has allowed the company to make profits for 15 consecutive quarters. Its recent third-quarter recorded net profits of $19 million, a 7% year-over-year growth, and a 64% year-over-year revenue growth of $224 million.

Now is the time to aggressively expand

After strengthening its roots, the company is slowly focusing on stretching into other key cannabis markets. The company also operates dispensaries in California, Connecticut, Massachusetts, Pennsylvania, West Virginia, Arizona, and Maryland. Its acquisition of Harvest Health (completed in October 2021) gave it access to Arizona, Pennsylvania, and Maryland. The company stated in the Q3 earnings call that post-Harvest acquisition, they saw a “35% increase in the revenue run rate.”

Recently, Trulieve acquired PurpleMed Healing Center in Tucson, Arizona, which marked its 17th dispensary in the state for both its medical- and recreational-cannabis patients. Arizona is an upcoming market that’s recently legalized recreational marijuana. Having a stronghold in the state will be advantageous when adult-use sales ramp up.

The company has also realized the importance of the burgeoning U.S. recreational-cannabis market, which is expected to grow to a $42 billion market by 2026. Therefore, it launched a few high-margin cannabis derivatives (including gels, chocolates, cookies, and brownies) in its third quarter of 2020 for its medical-cannabis customers in Florida.

These products will give a boost to Trulieve’s recreational segment. The company has some strong competition in the space. Its peers Green Thumb Industries and Curaleaf Holdings, which operate 73 and 128 dispensaries, respectively, nationwide, have already expanded in the recreational segment.

Trulieve could also consider expanding to New York and New Jersey, upcoming cannabis markets where both medical and recreational pot is legal. The company is well-poised financially to fuel its expansion.

Along with growing revenues and profits, Trulieve made sure to keep its balance sheet stable, which will boost its expansion plans this year. It ended the third quarter with a cash balance of $213.6 million and no debt. Management stated in the earnings call that the company “retired $270 million of high cost and short-term Harvest debt and $18 million of Trulieve notes payable.”

Trulieve’s management believes the company’s strong financial position will allow them to capitalize on expansion opportunities and go deeper in the states in which they operate. For now, Trulieve has a total of 159 dispensaries in 11 U.S. states (which also includes some rebranding of Harvest Health stores).

With Trulieve’s stock jumping 120% in the past two years, the company has the potential to boost its stock price even more. For investors who have the patience and are looking for an excellent growth stock, Trulieve is a stock to keep your eye on. Trulieve’s shares are trading almost 50% below their 52-week high. Analysts expect an upside of 157% for this pot stock in the next 12 months, which I believe is possible.

Sushree Mohanty has no position in any of the stocks mentioned. The Motley Fool owns and recommends Green Thumb Industries and Trulieve Cannabis Corp. The Motley Fool has a disclosure policy.