Melbourne, Australia, Jan. 17, 2022 (GLOBE NEWSWIRE) — Himo World is just over a week away from its initial DEX offering (IDO) that will see the project’s eponymous native token go on sale across no fewer than five Launchpad’s.

An NFT-based strategy game that compels players to build battle decks composed of different in-game characters and square off against other gamers, Himo World is the brainchild of Vietnam-based Gamefox Studios. 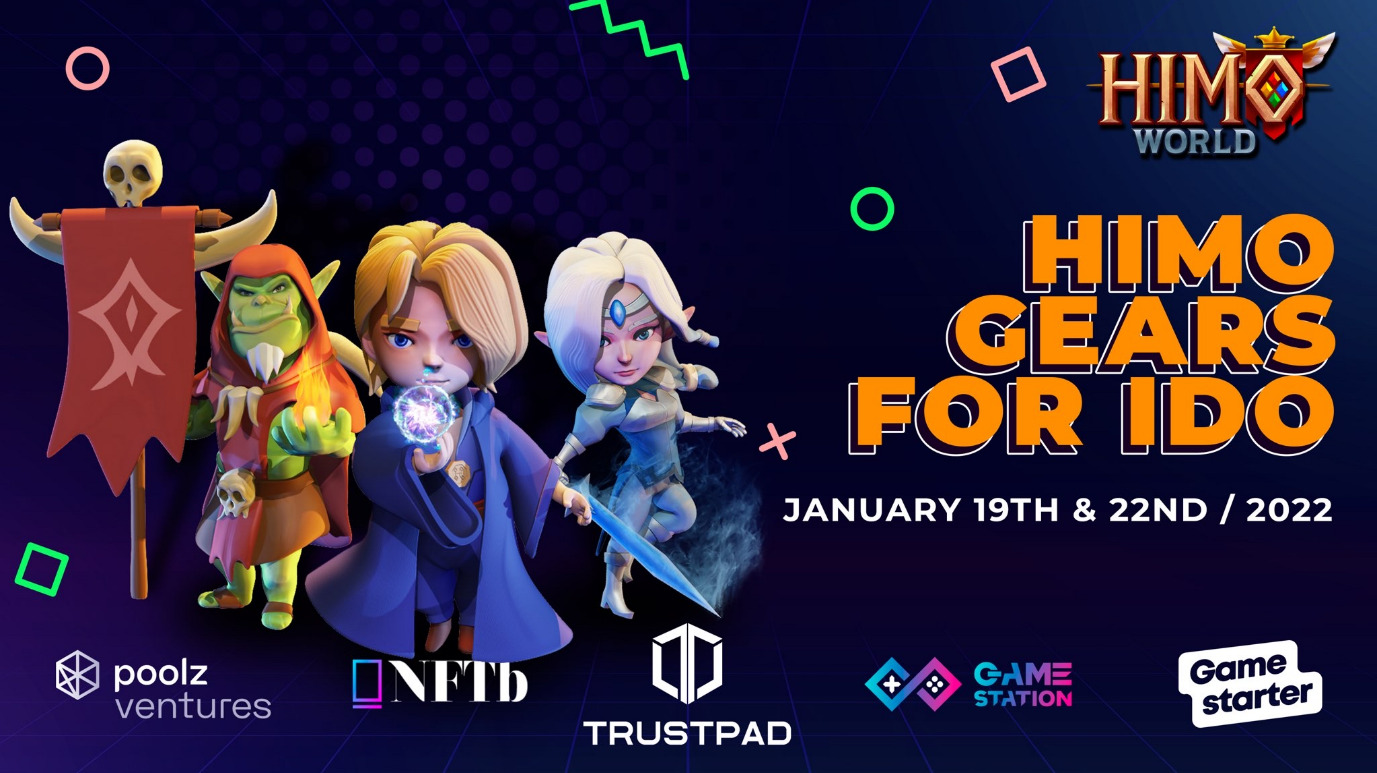 Notable for its free-to-play, play-to-earn, create-to-earn and compete-to-earn models, the blockchain gaming venture combines Match-3 gameplay with deck building and strategy, offering up an array of unique characters that players can use to build their decks and achieve the upper hand.

Powered by Binance Smart Chain (BSC), the game will be made available on both web and mobile devices, and players will have the choice to compete in PvP (player vs player), PvE (player vs environment), and tournament game modes. The HIMO token, meanwhile, will be available for staking and can be used to upgrade a player’s battle deck at any time.

The project’s IDO kicks off on January 19 on the Gamestarter Launchpad platform. Subsequently, a raft of IDOs will be separately conducted on PoolZ, TrustPad, NFTb and Gamestation on January 22.

Himo World looks to subvert the recent trend in blockchain gaming which means players have to pay an upfront fee in order to engage with the game at all; uniquely, Himo World offers earning opportunities even for those whose crypto wallet balance is zero. Its create to earn concept is also unusual, as players can earn simply by using their imagination and creativity to construct marketable heroes which are tradable as NFTs.

The project is backed by an experienced team with backgrounds ranging from the video game industry to the crypto space and beyond. The release’s co-founders have wide-ranging experience across major software and game development companies, including Sony, Miniclip, Scopely, and others. Himo World’s CMO previously worked for major brands such as McAfee, Bupa, and Adobe.

Himo World is already deep into its technical development, and the project’s roadmap suggests the majority of the game’s features will be ready to roll by Q2 of this year. Ongoing development will also see virtual and augmented reality (VR/AR) eventually integrated into the game, giving rise to the possibility of navigating Himo World’s interactive metaverse via wearable goggles and sensors.

Himo World is an NFT game that features deck building, strategy mechanics combined with a match-3 gameplay. It’s super easy to play, but unlike other casual match 3 games, it’s hard to master.

The game features Free-to-Play, Create-to-Earn and a new way to earn which we believe will become the next trend in NFT gaming: Compete-to-Earn. Additionally, we have multiple game modes, including PvE with Rogue-like and PvP, Seasonal Ranking system, Tournament, Items staking and more to come in the future.

The information provided in this release is not investment advice, financial advice or trading advice. There is no offer to sell, no solicitation of an offer to buy, and no recommendation of any security or any other product or service in this article. Moreover, nothing contained in this PR should be construed as a recommendation to buy, sell, or hold any investment or security, or to engage in any investment strategy or transaction. It is your responsibility to determine whether any investment, investment strategy, security, or related transaction is appropriate for you based on your investment objectives, financial circumstances, and risk tolerance. Consult your business advisor, attorney, or tax advisor regarding your specific business, legal, or tax situation.