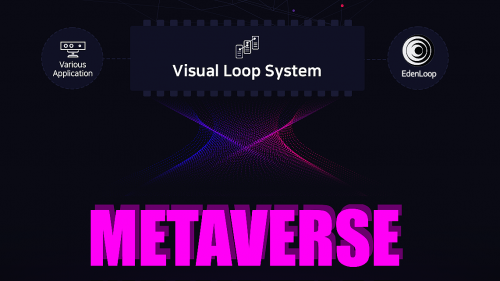 The extraordinary NFT Art Exhibition (The world that cannot be replaced), which had been supervised by the Edenloop Network Inc. (EDENLOOP), which is a Canadian corporation, together with COEX, was completed successfully.

Diverse digital works of art through ‘The Frame’ of Samsung Electronics, which had participated as an official partner, had been exhibited.

‘The COEX NFT Winter Festival’ had been participated by 24 famous domestic artists, the over 50 pieces of the diverse NFT works of art, and Samsung Electronics as an official partner company.

It had been proceeded with from December 23 until December 31 in the past. And, during this time period, by having around 650,000 people visit, the status had been heightened as the largest NFT festival inside Korea.

Vice President Seong, Il-gyeong of the Department of Video Display Business of Samsung Electronics said, “At the exhibition this time, through the Samsung Lifestyle TV, including ‘The Frame’, I am delighted because we got around to being able to vividly deliver the excellent works of art to the customers. In the NFT digital art market, which has been growing rapidly very recently, the Lifestyle TV of Samsung will play the role as a digital canvas in an excellent manner.”

Meanwhile, from the year 2022, the ‘Visual Loop’ system, which was combined with the 3D WebGL technology that had been possessed by Edenloop, was presented. Differently from the ordinary 3D-driven solution, it had been produced by being based on the web-based graphic library so that the multiplatform could be used easily without a separate plug-in.

It was stated that, based on this, through only the linkage of this service, not only is the making of an NFT of the three-dimensional, creative works, the products, etc. into the basic file formats, including the image, the video, the voice 3D data and the others of the like, for the users is included, but, also, the support is given to be applied on real time inside the metaverse, too, that has been expanding at the present.

A person at Edenloop stated, “We have been discussing about the direction for continuing the business as a preexistent, large corporation and as a real economy and about globally holding an NFT Festival every year.

Regarding the NFT of Edenloop, as a meaningful value that gets utilized and expanded at the metaverse, it presents a vision for becoming definitely established in the market. And, including the visual element, the NFT that can be used by the metaverse and in the real economy is pursued.

It has been being established as a system that can make all of the file formats into the NFT’s. And, beginning with the Web3D NFT this time, which is a domain of the experts, all things in the real world shall be digitalized. And, through a transaction at Edenloop, a foundation for becoming a web3 platform shall be prepared.”


EIN Presswire’s priority is source transparency. We do not allow opaque clients, and our editors try to be careful about weeding out false and misleading content.
As a user, if you see something we have missed, please do bring it to our attention. Your help is welcome. EIN Presswire, Everyone’s Internet News Presswire™,
tries to define some of the boundaries that are reasonable in today’s world. Please see our
Editorial Guidelines
for more information.