Cannabis stocks are glowing green on Friday, with Tilray (NASDAQ:TLRY) tacking on a 2% gain as of 1:45 p.m. ET, Sundial Growers (NASDAQ:SNDL) up 2.6%, and Canopy Growth (NASDAQ:CGC) leading the pack higher with a 5.2% gain.

In one way, that’s kind of surprising — after all, both Tilray and Canopy Growth had their price targets cut yesterday by analysts at NYC wealth management firm Alliance Global Partners. Looked at another way, it’s not surprising at all.

Because as it turns out, there’s a lot of money to be made from marijuana — for the governments that legalize it. 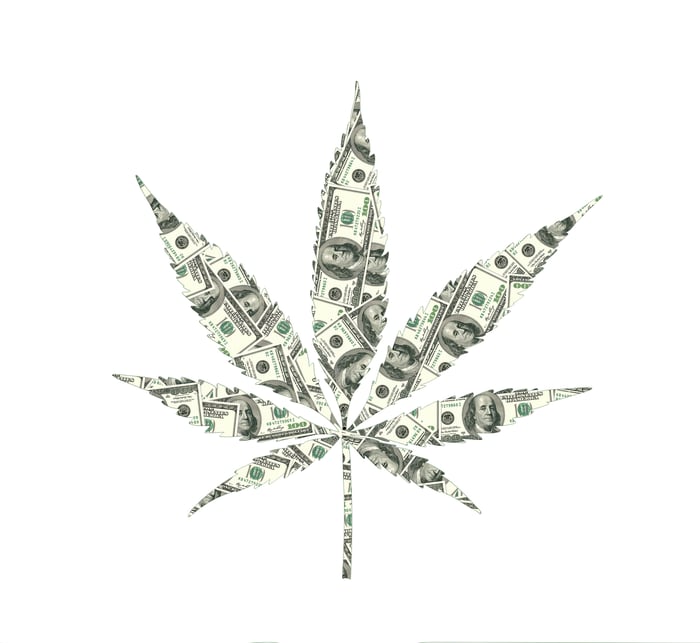 But first, the bad news. In notes yesterday evening, Alliance Global Partners had some unfortunate updates for shareholders of Tilray and Canopy Growth. Both stocks got their price targets cut by about 40%, to 7 Canadian dollars ($5.54) for Tilray and CA$11 ($8.70) for Canopy.

As the analyst warned, both of these cannabis companies are losing market share, with Tilray’s share of the recreational cannabis market falling an especially steep 290 basis points to 12.7% in fiscal Q2. Although Tilray stock is down 43% over the past year, and Canopy has suffered an even deeper decline of 73%, neither stock looks particularly cheap given the deterioration of their respective businesses. At best, Alliance can give each stock only a neutral rating at present.

What will it take to save the unprofitable marijuana business? Because like Tilray and Canopy Growth, I fear that Sundial is also a money-losing enterprise. Will marijuana legalization do the trick?

I personally remain unconvinced that legalizing cannabis is going to be enough to turn most marijuana companies profitable — because weed is already legal in Canada, where most publicly traded cannabis companies operate, and these companies remain most definitely un-profitable up there. That being said, if U.S. legalization is the factor needed to turn the tide, well, at least the reasons for thinking legalization in the U.S. is inevitable got a little bit stronger this week.

In a new report just out on MarijuanaMoment.net, the Marijuana Policy Project is cited showing that since legal sales of marijuana began in certain U.S. states eight years ago, states that have legalized the sale of cannabis have collected a staggering $10.4 billion in tax revenue from those sales.

That’s just the taxes from sales of marijuana for recreational use, by the way, across the 18 states that have done so. It doesn’t even count tax revenue for sales of medical marijuana. Even so, it’s a great heaping pile of cash that state governments have been able to draw upon to fund “much needed public services and programs” such as prison reform, public health services, and even public school systems.

I’ve said it before and I’ll say it again: Ultimately, the strongest argument in favor of legalizing marijuana (or at least the argument that will have the greatest sway with governments) is the tidal wave of tax revenue that comes along with it. The more stories there are of the billions of dollars at stake with legalization, the lower the chance the federal government will ever do anything to try to roll back the wave of state laws legalizing marijuana use — and the greater the chance that Congress will eventually legalize marijuana at the federal level.

And the faster that happens, the faster we’ll see if it will be a big enough boost to turn marijuana stocks profitable.