Organigram Holdings Inc. (TSX:OGI) announced results for the first quarter of 2022 before the market opened on Tuesday, January 11.

Organigram posted net revenue of C$30.4 million in Q1 2022, a record feat for the company. In addition, the cannabis producer claimed to solidify its market share position at number four among Canadian companies.

Due to strong growth in revenue in Q1 2022, stock market investors are looking for Organigram stock. Let’s take a look at what could be next for investors:

Ahead of the financial results, investors positively responded to the Organigram stock, and it rose about six per cent during the trading session on January 10.

According to reports, the cannabis producer beat analysts’ expectations of C$ 29.2 million. 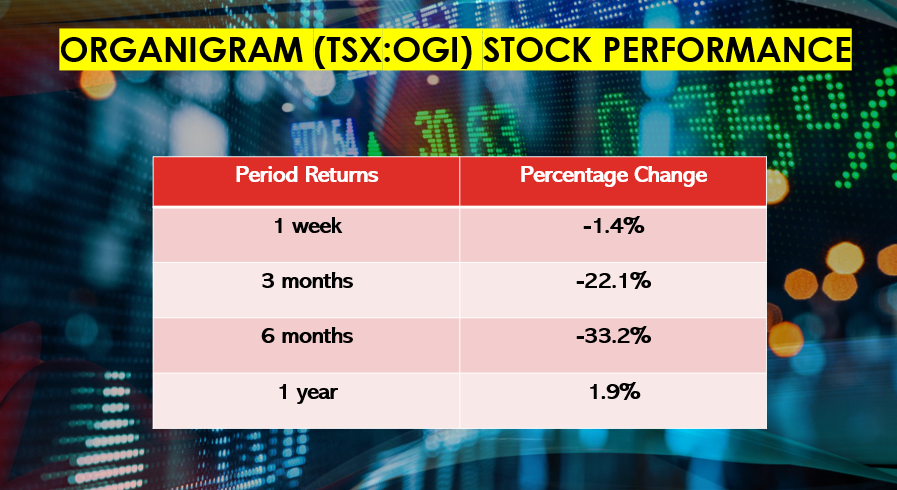 In the upcoming weeks, investors could give attention to Organigram stock as cannabis stocks often feature in investment portfolios of Canadian investors.

Organigram expects that it will achieve positive adjusted earnings before interest, taxes, depreciation and amortization (EBITDA) by Q3 2022, and earlier, it had given the guidance for positive EBITDA in Q4 2022.

The company announced in its financial result that it opened 13 new stock-keeping units (SKUs), and it now has 49 SKUs.

Compared to the same quarter of the previous year, Organigram has shown massive improvement in its financial results. The cannabis producer achieved a 75 per cent year-over-year (YoY) growth in its gross revenue by clocking C$ 44.3 million in Q1 2022.