Shares of Cronos Group (NASDAQ: CRON) slumped 14% in December, according to data provided by S&P Global Market Intelligence. The cannabis producer got dragged down by the broad market sell-off in cannabis stocks last month and has yet to file its third-quarter report with the U.S. Securities and Exchange Commission (SEC).

Cronos Group has put out some surprising announcements recently, starting in November when it stated that it would be unable to file its 10-Q quarterly report on time with the SEC for the period ending in September 2021. For a company that has been public for over five years, this is unusual behavior and may have investors nervous that something is amiss at Cronos Group, or that its past financial results may not be correct. Even seven days into the new year, Cronos Group has still not filed its third-quarter 10-Q, which was due in November. 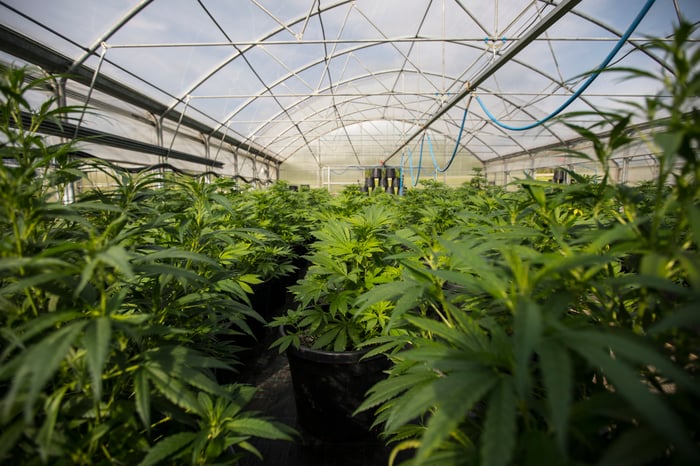 On top of this, many cannabis exchange-traded funds (ETFs) sold off in December, indicating that investors overall were bearish on cannabis stocks that month. With Cronos Group in many of these ETFs, this could have exacerbated the selling pressure on the stock as investors lost their appetite for these riskier securities.

Since going public in 2017, Cronos Group stock is up over 2,200%. But over the last six months, it is actually down slightly over 50%, leading to some tough losses for anyone that bought the stock in 2021. The company has also never gotten close to profitability, burning almost $200 million in cash over the past 12 months. With only $56.6 million in trailing-12-month revenue and a market cap of $1.42 billion, Cronos Group will have to grow its sales by a lot and get to profitability in order to perform well for shareholders over the next five years and beyond.

10 stocks we like better than Cronos Group Inc.
When our award-winning analyst team has a stock tip, it can pay to listen. After all, the newsletter they have run for over a decade, Motley Fool Stock Advisor, has tripled the market.*

They just revealed what they believe are the ten best stocks for investors to buy right now… and Cronos Group Inc. wasn’t one of them! That’s right — they think these 10 stocks are even better buys.