Shares of Chegg (NYSE: CHGG) jumped 10.2% in December, according to data provided by S&P Global Market Intelligence. The direct-to-student online learning platform announced a large buyback program at the end of November, which may have spurred a recovery in the stock, which has fallen almost 60% in the past three months.

On Nov. 29, Chegg announced it had entered into an accelerated share repurchase agreement worth $300 million, which means that it has agreed to have an investment bank buy back a large chunk of its stock. This is opposed to the standard buyback program, where the company itself buys back and retires shares in the open market. 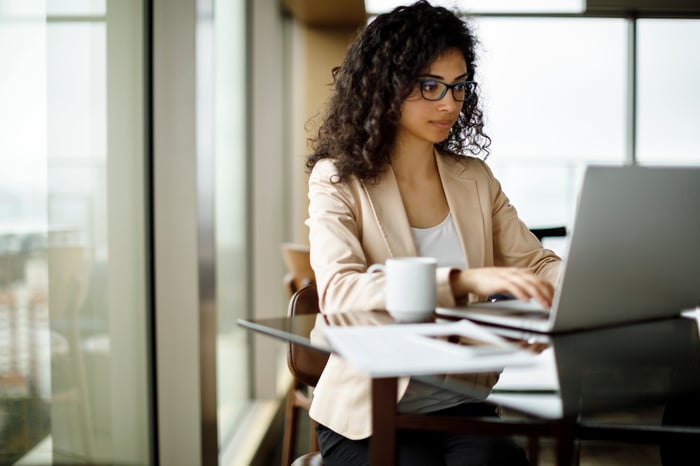 Why is a buyback like this potentially bullish? Well, for one, it indicates that management thinks its stock is undervalued. And two, a buyback program can help increase the ownership stake for remaining shareholders. In this case, with a market cap of $4.3 billion, Chegg can retire around 7% of its shares outstanding, which would significantly boost the ownership level of other remaining shareholders.

Chegg likely announced this program because of how far its stock has fallen in recent months. When it reported earnings on Nov. 1, Chegg’s stock fell sharply and was down as much as 65% in less than two months at the end of November. After the buyback was announced, Chegg stock rallied last month. However, it is still down 57% over the last three months.

At its current market cap of $4.28 billion, Chegg stock trades at a price-to-sales ratio (P/S) of 5.5. Over the last 12 months, it has generated $275.9 million in cash flow from operations, giving it a price-to-operating cash flow (P/OCF) of 15.5. If you are bullish on Chegg’s business prospects, now could be an opportune time to pick up shares, as the stock looks cheap relative to the market average and management is about to repurchase a large chunk of its outstanding shares.

10 stocks we like better than Chegg
When our award-winning analyst team has a stock tip, it can pay to listen. After all, the newsletter they have run for over a decade, Motley Fool Stock Advisor, has tripled the market.*

They just revealed what they believe are the ten best stocks for investors to buy right now… and Chegg wasn’t one of them! That’s right — they think these 10 stocks are even better buys.