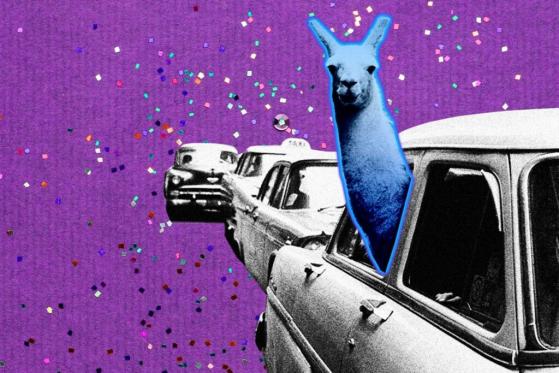 It’s one thing to own an NFT; it’s quite another to have unrestricted access to the digital asset across multiple blockchain networks. A typical scenario is buying a meme or an avatar on the network, with no form of usability outside of the network. To put it another way, this means that the acquisition is limited to the Ethereum network alone.

Sadly, while this has remained a major setback in the blockchain space since its inception, there are a few projects in search of solutions in this area.

EverdreamSoft has made significant progress in this regard as one of the very first blockchain projects to facilitate the interchangeable use of NFTs, e.g in-game items, and other digital assets across multiple chain networks.

EverdreamSoft, since its foundation in 2015, has been working on a multichain approach that would eliminate the limitations posed by the non-interchangeable use of NFTs across multiple chain networks. In fact, it was perhaps the first project to foresee that the future of NFTs lies in multichain compatibility, a feature that was found wanting among the majority of existing projects.

Shaban Shaame, founder and CEO of EverdreamSoft, spoke exclusively with DailyCoin about how the blockchain project is approaching the subject differently in order to foster interchain interactions for NFT ownership.

Before proceeding further, it’s important to note that EverdreamSoft is unique in that it offers a diverse range of products. Notably, the blockchain project is spearheading five different blockchain initiatives, including a first-of-its-kind blockchain mobile game.

‘Spell of Genesis,’ the mobile game with support for a multichain trading card game (TCG) also happens to be the company’s first project since venturing into the NFT space, moreover, the project originally started out as a mobile game design studio in 2010.

That said, other notable products by EverdrreamSoft include ‘BitCrystal,’ a multi-chain cryptocurrency for gaming which primarily facilitates transactions and other user engagement within the Spell of Genesis network.

There’s also ‘Orb Explorer,’ a multi-chain block browser for gaming items and collectibles, as well as the Casa token wallet, a multi-chain wallet and dApp browser with a built-in news reader.

‘Crystal Spark,’ EverdreamSoft’s most recent endeavour, on the other hand, is a dedicated open source project with tools for simplified blockchain integration and is widely utilised by developers.

One of the highlights of Shaame’s interview session was his explanation of how users and players have the opportunity to own NFT tokens or in-game items on any chain they desire.

According to EverdreamSoft’s CEO, the company has been building an open source toolset that makes Spells of Genesis multi-chain compatible. At the same time, they were optimistic about offering game developers the ability to integrate the same tool set across different chains, leading to the birth of Crystal Spark.

One of the more prominent features of Spells of Genesis is that, in addition to playing the TCG game on-chain, players can export in-game items from one network to another. This particular capability was something EverdreamSoft’s first off-chain TCG “Munga,” couldn’t provide in 2010.

Sadly, one of the major setbacks with the first versions of TCG games was users’ ability to manipulate the system, and even scam other players in the process. For example, back then, users used to sell cards “under the table” (outside of the gaming platform itself in unlicensed spaces) for real money, and then subsequently reverse trades, blaming software glitches or gaming errors, only to then claim a refund in-game.

Likewise, there was minimal or no control at all on the part of players, who should naturally also be considered major stakeholders. Typically, developers acted as the “bank,” and, unlike since the emergence of blockchain, were relatively easy to manipulate.

“The problem with old games at that time and until now it’s not allowed by the rules. Why is it not allowed? Because then you let the game developer be a bank. If people can trade cards that have value, it means the developer is a bank holding other people’s value and has all power over it,” Shaame underlined.
Now, with Spells of Genesis, players can sell cards they truly own in-game with the help of NFT, and not at the mercy of developers, as was the case in the traditional TCG approach.

BitCrystal is more like the native token for Spells of Genesis, and was created alongside the gaming network with this goal in mind from the very start. According to Shaban, the original idea of BitCrystal was to burn each unit at every instance of a TCG card being sold.

Now, with the upgrades, things have gotten even better. The plan is to develop ways in which NFTs can be moved from one chain to another, using BitCrystal as the gate fee.

“We have strategies in place that fit our multi-chain strategy, and we’re working on ways to move NFTs from one chain to the next.”

However, in the short term, the concept we’re building is that we’ll pay the fee on behalf of users, and they’ll use BitCrystal to cover the cost in return. So, let’s assume you have an NFT on Ethereum and want to move it to, say, or some other chain network; you’ll simply use BitCrystal to pay for this bridge,” Shaame explained.

Currently, BitCrystal is centered around Spells of Genesis, however, the long term plan is for it to become a central aspect of a multi-chain strategy that can be adopted across different chain networks or blockchain games.

Ultimately, EverdreamSoft plans to create a bridge between assets and tokens in a multichain setup, further facilitating users’ ability to “blockchainize” their assets, such as in-game items, and subsequently move them across a range of different chain networks.

Why You Should Care?

EverdreamSoft is the first blockchain gaming network that allows players to access and transact their tokens and NFTs across multiple blockchain networks.

Join to get the flipside of crypto

Upgrade your inbox and get our DailyCoin editors’ picks 1x a week delivered straight to your inbox.

[contact-form-7 404 "Not Found"] You can always unsubscribe with just 1 click.