Twitch co-founder Justin Kan opens his own gaming NFT marketplace, and says many game developers are interested in using NFTs in their games. 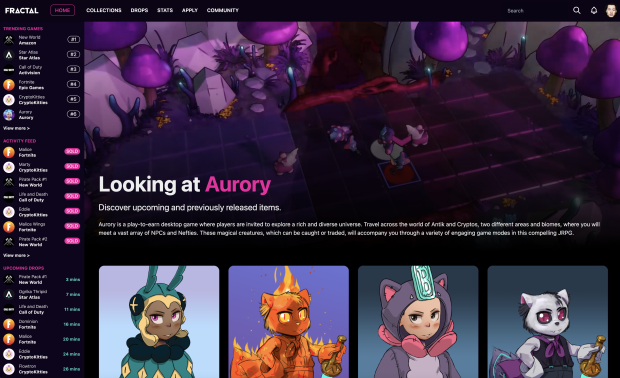 The NFT craze is upon us. While it’s still the early Wild West days of fluctuating values and over-saturated markets where everyone’s trying to cash out, major players like Ubisoft are throwing their hat into the ring with its new Quartz NFTs. Other publishers like EA, Square Enix. and SEGA are also interested in play-to-earn blockchain gaming. Why not? NFTs are artificially-scarce digital cosmetics that can be auctioned off for unlimited prices–players would literally do the buying and selling while publishers get a cut of each purchase.

According to Twitch founder Justin Kan, the new wave of blockchain-based monetization is just beginning. Lots of game-makers are interested in NFTs. Again, why wouldn’t they be? After all, Peter Molyneux’s dev studio had made over $42 million from selling “limited edition” digital land plots. This could prove to be an exciting new frontier for revenue.

“Everybody in gaming that I know…if they weren’t working on an NFT game already, they are thinking about how they’d do it or are pivoting hard to it right now,” Kan said in a recent interview withProtocol.

“I think there’s a component of the NFT market that is very speculative. But I’m really interested in the programmable experience that people are going to be able to have in the metaverse and how we can support that.”

Justin Kan believes in NFTs so much he has opened a new NFT gaming trading market called Fractal. Similar to Rarible and Objkt, Kan’s new Fractal market would host NFT auctions as well as buy NFTs directly from game developers.

Fractal is a marketplace for gaming NFTs: durable assets that let you do something inside a gaming universe. Our mission is to create an open platform for the free exchange of digital goods. We’ll do that by partnering with the best gaming companies launching NFTs and building tools that help them reach their customers at scale. We’ve got an exciting launch line up planned that we will be dropping soon. We’ve partnered with gaming studios with deep game building experience.

Players will be able to discover, buy and sell gaming NFTs on Fractal, through both a primary market (initial drops by gaming companies) and a secondary market (p2p trading). Eventually, we see ourselves creating infrastructure for emergent use cases of NFTs as well, such as the lending / scholarship model in some play-to-earn games. We are starting with the Solana blockchain, as we see the low cost and high speed of transactions as appealing to game creators who want to have a high number of in-game assets.